Number of people killed in Elazig earthquake increased to 39

The number of people who died in the Elazig earthquake has increased to 39. AFAD announced that 1607 injured people applied to hospitals. 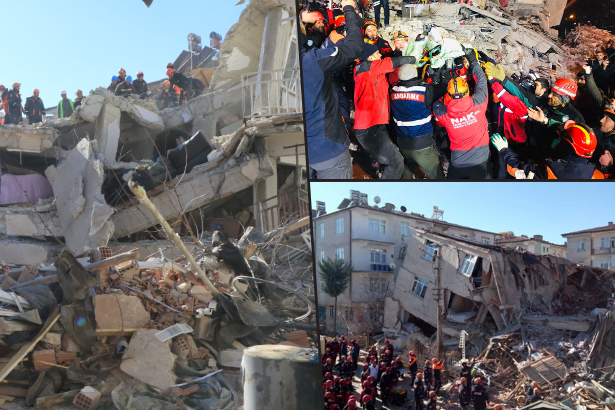 The Disaster and Emergency Management Authority (AFAD) announced that 76 buildings were destroyed, 642 buildings were severely damaged, and 425 were moderately damaged, after the damage assessment analysis carried out following the 6.8 magnitude earthquake in Elazığ.

It was stated that the number of people rescued from the wreckage was 45 under the coordination of AFAD, while 1607 people applied to the hospitals after the earthquake.

It was also noted that after the earthquake, more than 500 aftershocks occurred.

Approximately 15 thousand people stayed in places such as gyms and guesthouses and around 5 thousand tents were set up in the region affected by the major earthquake, according to the reports.