November 29, day of solidarity: Legacy of resistance, remainder of Islamist and pro-imperialist politics in Palestine

On November 29, a year before the establishment of the Israeli state in 1947, the UN adopted a historic resolution to expel the Palestinian people from the region. Since then, the Israeli occupation has continued to this day. Palestinian resistance to the occupation has left an important legacy for the Middle East, while Islamist and pro-imperialist policies in the region continue to undermine resistance under the rubric of Oslo Peace, Arab Spring, Deal of the Century and Neo-Ottomanism 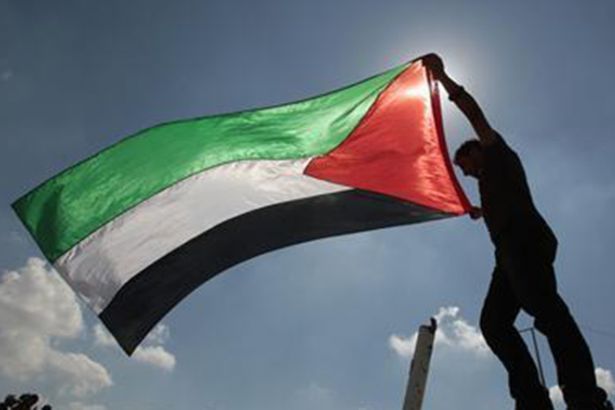 The Palestinian Arabs, which make up the majority of the population, were left with 43.5 percent of the land. Although this decision was not accepted by the Palestinian people, the UN General Assembly adopted it by 33 votes in favor and 13 votes against. The resolution was never enforced, even in its given form. An occupying State of Israel was established on Palestinian territories.

The pain and suffering of the Palestinian people and the struggle against imperialism goes back a long way. The country had been under the control of British imperialism for a long time after the fall of the Ottoman Empire. During the First World War, Britain as the most powerful imperialist power of the time had to create and maintain a proxy power in the Middle East. In this context, the idea of establishing a Jewish state on Palestinian territory came to the fore. The solution that imperialism offered to the Palestinian people at that time was a commitment ‘‘not to take any action which would harm the religious and civil rights of non-Jewish communities in Palestine.” This reduced the status of the Palestinian people that constituted 85% of the population to a minority.

THE LEGACY OF THE PALESTINE RESISTANCE TO THE MIDDLE EAST

Even though US imperialism would replace British colonialism in the Middle East after 1945, the state of Israel was formally established in 1948 under British guidance. Since then, the Israeli state has pursued an occupation policy towards the Palestinian territory, which has led to the organized resistance of the Palestinian people with the legitimate demand of the "independent Palestinian state".

The Palestinian resistance gained a patriotic and enlightened character with the influence of anti-imperialist and socialist movements in the region. The decades of resistance left an important legacy for the struggle against the occupation in the Middle East. In this region where imperialism shows the most barbaric face, the Palestinians have not compromised their demand for independence for three-quarters of a century and have not surrendered to the occupation.

PALESTINE LIBERATION ORGANIZATION AND THE 1967 WAR

In 1967, Israel invaded East Jerusalem as well as the Syrian Golan Heights, Jordan's East Jerusalem and West Bank, and Egypt's Gaza and the Sinai Peninsula. During the Six-Day War Israel attacked these regions where Palestinian refugees also lived and expanded its borders two and a half times. The implicit support of US imperialism made the borders that changed as a result of the 1967 War permanent for Israel's presence in the region.

Immediately after the dissolution of the Soviet Union, the PLO conducted a peace negotiation with the Israeli state in 1993. The resultant Oslo Agreement enabled for the first time the establishment of an Interim Administration in Palestine under international law. While the Oslo process and the Israeli state and the PLO formally recognized each other, the recognition of Palestine's existence within the borders of 1967 became invalid in the 2000s with Israel's new moves towards the occupation.

Last year, the US Department of State took out the phrase "Palestinian Authority" that was recognized in 1993, from its list of countries. The fact that US President Trump recognizes Jerusalem -which the Palestinian people also claim- as the capital of Israel and that he will announce the Peace Plan of the Century, which he has not elaborated yet, gives an idea of what is expecting Palestine next year.

THE EFFECTS OF ARAB SPRING AND NEO-OTTOMANISM ON PALESTINE

After 2011, imperialism has attempted to reconfigure the power relations in the region under the rubric of the Arab Spring, strengthening Israel's hand against the Palestinian people. Subsequently, Sisi came to power in Egypt seeking reconciliation with Israel and the US, while jihadist groups supported by the US and Israel tried to destroy the Syrian government which was in solidarity with the Palestinian people. On the other hand, the Islamist Hamas, which was influential in Gaza as a result of the failure of the Oslo process in Palestine, increased the influence of Iran in Palestine.

The AKP government realized the power vacuum in the region and tried to take over the patronage of Islamist groups, especially in Gaza, via the project of Neo-Ottomanism. In the early 2010s, AKP's influence in the region was more prominent, but its aggression towards Syria undermined its prestige in Palestine. Finally, it was reported that the PLO leader Mahmoud Abbas and Hamas leader Ismail Haniyeh asked for Erdoğan's support for East Jerusalem's participation in the general election that will be held by the Palestinian Authority. Al-Monitor recited that Palestinian groups are hoping that Erdogan would resort to his "friendship with Trump" and Israel would allow the elections to be held in East Jerusalem.

THE GAME OF ’SOLIDARITY WITH PALESTINE’

Erdoğan's patronage and the US's appeal for the sake of their interests, make Islamist and conciliatory politics even more unreliable in the eyes of resistance in Palestine. Moreover, the intrigues of Islamist and conciliatory political groups indicate that AKP would have to deal with deeper contradictions while pretending to be in solidarity with Palestine. Fatah voices its hope that Erdoğan's influence on Islamist Hamas will push Hamas away from Iran. It is also reported that the tension between Turkey and Egypt would cause new issues for Hamas in Gaza which is territorially bounded to Egypt.

Above all else, it's known that the countries that are against Turkey's drilling operations in the eastern Mediterranean have founded the Eastern Mediterranean Forum with the participation of Palestine and Israel in January 2019 to forge a partnership for the quest of natural resources in the region. It seems that these developments would make it harder for Turkey to meddle in the region under the guise of "solidarity with Palestine."