In Northern Cyprus, the government fell from power after the coalition partner People's Party decided to withdraw from the government. 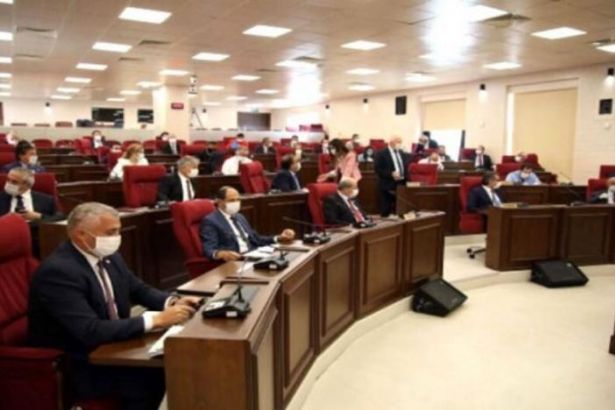 In a statement to the press after his party's assembly meeting, Yenal Senin, the leader of the coalition government partner People's Party (HP) in Northern Cyprus, announced that HP withdrew from the government.

HP Chairman Yenal Senin said; “Our party acted responsibly and did its part in this period when we were in government. The architect of the Varosha initiative and the authorized Ministry of Foreign Affairs, Kudret Özersay, was edged out.”

"We will act with a sense of responsibility until the new government is established, good luck to our country," he added. " After the elections, we stated our planned opinion on Varosha, without falling apart from international law. HP supports the initiative made today. Our stance is unmistakeably clear since 2015. The current situation can be considered as an intervention to the election, but the breakdown of the state integrity is important for us," he said.

A short time before the coming elections in Northern Cyprus, Turkey's President Erdoğan had opened the "Northern Cyprus Water Line" and made a comment on Varosha together with current Prime Minister Ersin Tatar, attracting strong reactions from Turkish Cyprus President Mustafa Akıncı. Akıncı had said that these ceremonies held on the repaired water pipe and the closed Varosha town was a disgrace to democracy, because they  disregarded the decisions of the Supreme Election Council.

Turkish President Erdoğan and the Prime Minister of Northern Cyprus Ersin Tatar announced that the 'Closed Varosha' city of Cyprus will be opened on Thursday.

Erdoğan has stated, "It is an indisputable fact that Varosha is the territory of TRNC. The right of disposition here belongs to the Turkish Cypriot authorities. We support your decision to offer Varosha to the benefit of the people. I personally congratulate this decision on behalf of my nation. We are pleased to witness the first step, that the Turkish Cypriots will enter the closed area on Thursday to benefit from the coastal zone.”

The area known as "Closed Varosha" was one of the most important holiday destinations in Cyprus before the Turkish Armed Forces' operation in 1974. The region has been closed since then due to the agreements made.

Mustafa Akıncı, President of the TRNC, criticized the co-statement of Erdoğan and Tatar regarding reopening Varosha. As reported in “Kıbrıs Postası,” Akıncı emphasized the importance of solution-oriented acting in compliance with international law on the Varosha question.

Akıncı expressed his concern about the Varosha problem, which falls under the responsibility of the presidency, was used to gain an advantage in the elections, and added, “I believe that Turkish Cypriot People will give the necessary response with their free will.”