The newly elected mayor of Bolu from the opposition party CHP, Tanju Özcan, has ordered to cut aid given to Syrian immigrants in the city 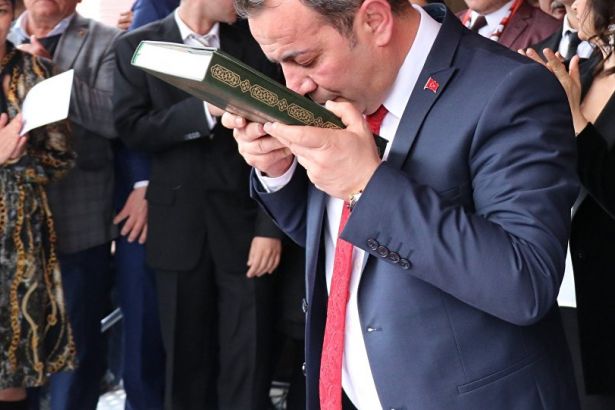 Tanju Özcan, the new mayor of Turkey's Bolu province, ordered to cut aids given to the Syrians living in the city.

Özcan was the mayoral candidate of the main opposition party CHP and elected as the new mayor, taking the seat from the ruling AKP in the latest local elections of March 31. Cutting the aids given to the Syrians was one of the promises of the opposition candidate in his electoral campaign.

Özcan stated that he gave instructions not to give aids to foreign nationals holding immigrant status. Stating that he had said this from the first day of his candidacy and he also mentioned it in the Parliament before, Özcan said "Mr. President [Erdoğan] announced 2 weeks ago. The money we spent on Syrians exceeded $37 billion USD. Only 1.7 billion euros came from the European Union. In other words, over 200 billion TL went to the Syrians who were supposed to be guests".

The anti-immigrant move of the new mayor has been his first action after taking the seat.

In his statement, Özcan further added "I did a thorough search. Syrians receive social assistance from both Social Services and Kızılay as well as municipalities. This has become an intolerable issue. We've been taking care of them for 7 years. I will not give a single penny aid to the Syrians from the Bolu Municipality budget."

Tanju Özcan took the seat on Friday, April 5t, with a ceremony by swearing on the Quran and Turkish flag, after the Friday prayer.