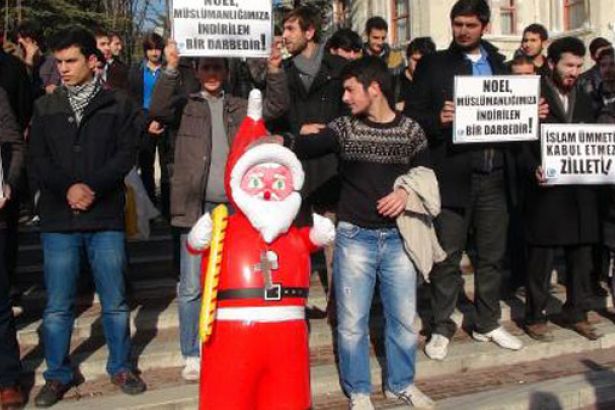 New Year celebrations have become an issue of heated moral debates since AKP come into power in 2002. This year is no exception.

SCHOOL DIRECTORS ARE THREATENED BY THEIR SUPERIOR

Murat Mücahit Yentür, Local Director of National Education in İstanbul's Şişli district sent an official directive to all schools within the jurisdiction, ordering school directors to prevent any celebration of New Year and any exchange of gifts among students.

The order is justified based on alleged complaints about celebrations due to "events of terror and the fact that the celebrations are not applicable to our culture."

"NEW YEAR IS A PAGAN RITUAL SECULARIZED BY EUROPEANS"

Also, a reactionary Islamist group called "Anatolian Youth Association" made a protest at Istanbul Technical University campus. Members of the association carried placards written "Christmas does not belong to Islam; do not follow the Devil, do not go astray, do not celebrate."

The group made a press statement, indicating that New Year is a modernized ritual of pagans, invented and imposed on Muslim world by the West. 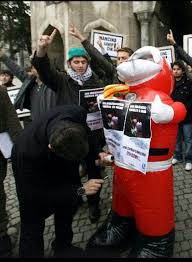 New Year protest by an Islamist group at Istanbul University from past years. Protesters had 'circumcised' and then stabbed an inflatable Santa dummy.