Turkey’s ruling Justice and Development Party has submitted a mini-omnibus bill to the parliament, which will entrust President Recep Tayyip Erdoğan with full authority to determine the sectors to be included in the scope of short-time employment allowance. Temporary employment contracts are excluded from the scope of the ban on layoffs as per the proposed bill. 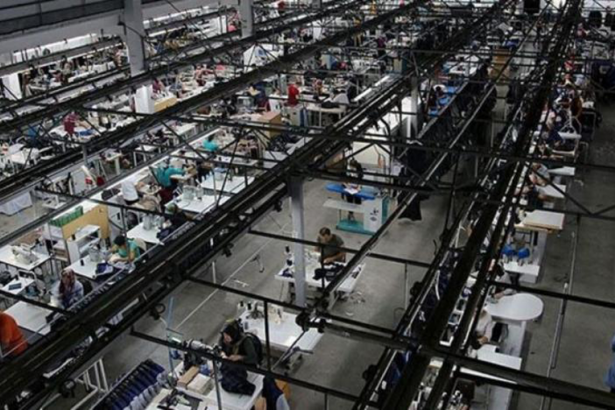 The Justice and Development Party (AKP) government has submitted a 10-item mini-omnibus bill to the Turkish parliament, while the ‘‘Employment Shield Package’’ announced by the President Recep Tayyip Erdoğan last month has been postponed to Fall 2020.

The law, which obligated the employment of occupational health and safety in all workplaces as of July 1, will be also postponed for 2.5 years, according to the new bill.

As the Turkish President Recep Tayyip Erdoğan will be entrusted with full authority to determine the sectors to be included in the scope of short-time employment allowance, premiums for workers and employers will be covered by the ‘‘Unemployment Insurance Fund’’ for three months in the workplaces implementing ‘‘normal working hours’’ after the government eased the coronavirus restrictions.

The new omnibus bill submitted to the parliament by the AKP deputies will give full authority to the President Recep Tayyip Erdoğan to extend the period of enjoyment of short-time employment allowance for the sectors.

With the bill prepared to encourage the capitalist class to ‘‘normalize’’ productive and business activities amid the COVID-19 pandemic, the Turkish government will give the workers’ and employers’ premiums, calculated on the basis of the average daily earning taken as basic to premium, as financial support to bosses.

Turkish President Recep Tayyip Erdoğan will be the sole authority to extend the financial support, if necessary. However, the government will cut this financial support from the premiums paid to the Social Security Institution (SSI).

In June, the Turkish government had announced the ‘‘Employment Shield Package’’ amidst the “normalization process” with regards to the COVID-19 pandemic. The package was claimed to maintain the ‘‘cash aids’’ for another 3 months for the workers taking unpaid leave due to the coronavirus pandemic. The “aid” was just 1000 Turkish liras ($147) per month while covering the continuation of the short-time working allowance along with a different model while the employers will be provided with incentives in case of ‘‘maintaining the employment’’.

However, experts warned that with this so-called employment shield package, the government has promoted unpaid leave for the workers during the pandemic as ‘‘a ban on the dismissals’’, adding that this practice has been essentially implemented as another way of dismissals as the bosses wish the continuation of this practice.

The government’s new package favours only the capitalists in defiance of the working class, experts also underlined.

TEMPORARY EMPLOYMENT CONTRACTS TO BE EXCLUDED FROM BAN ON LAYOFFS

With the new omnibus bill, AKP government attempts to narrow the scope of the ban on layoffs.

Accordingly, the employment contracts may be terminated in cases of (1) the expiration of a contract for those working with labour contracts, (2) shutdown of the workplace or termination of activity for any reason, (3) and the termination of construction works and any kind of service procurement in accordance with the relevant legislation.

On the other hand, while the ‘‘Employment Shield Package’’, which is expected to be more comprehensive, was presented to the parliament with 10 items, officials informed that a new economic package will be introduced in the new legislative year.

The regulation on increasing workers and employers’ premiums within the Unemployment Insurance Fund, which was previously stated to be included in the package, was not included in the mini-omnibus bill submitted to the parliament.

In addition to these, the regulation regarding the restructuring of the liabilities to the states was not included in this package upon the defiance of the Ministry of Treasury and Finance headed by Turkish President Recep Tayyip Erdoğan’s son-in-law Berat Albayrak.

It is known that the ruling AKP’s attempt to transfer the sources of the Unemployment Insurance Fund as incentives to the employers resulted in a loss in the fund, while deficits and losses are expected to further increase in the coming period amid the COVID-19 pandemic.

For the first time in the history of Turkey’s Unemployment Fund, the revenues remained below the expenses last year. Unemployment Fund had a deficit of 390 million TL ($57 million) in April 2019.

Experts say that incentives given to the employers from the fund were effective in destabilizing the fund, which was established in 1999 with the aim of supporting the insured workers who had to leave their jobs for impersonal reasons.

As it used to be, most of the unemployment fund has been transferred to the capitalists rather than being used for the workers under the AKP government during the pandemic.