soL columnist and the Communist Party of Turkey (TKP) Central Committee member, Alpaslan Savaş, writes on what "new normal" means for the working class of Turkey as the government starts to take "normalization" steps without any proper measures for protecting the health and lives of the working people. 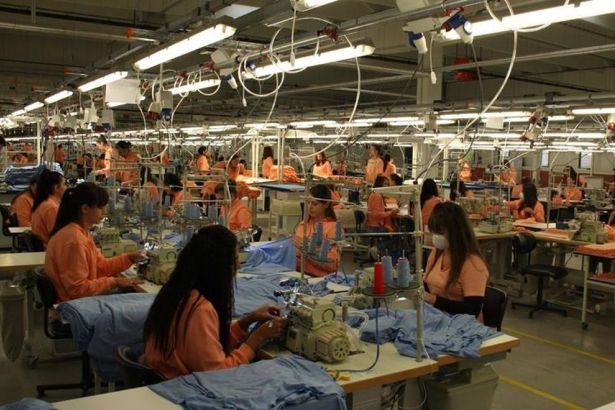 Covid-19 produced two consequences for the working people, the first being at risk of virus, the second being permanent-mass unemployment. Will you catch the virus in the factory or in the office or shipping packages, or will you stay at home for a long time without being employed? One has been a threat to the other.

The first one has been implemented by force. The bosses have taken all sorts of ways to keep their businesses working. Special permits, circulars, threats, repression ... Production never stopped except for a very short time in the first days of the epidemic. The virus did not stop as production continued. That is why the number of cases among workers is at least three times the normal.

Now the capital class in Turkey intends to endure the experience of these two months with many initiatives such as isolated production centers, chip tracking at workplaces, and excluding Covid-19 from occupational diseases. They call it "new normalization".

Those who did not consent to work at the risk of virus were laid off. The law prohibiting layoffs is its camouflage. It was unbelievable even for the devil to think of marketing unconditional-unpaid leave in the epidemic as a ban on layoffs. We realized that it was always in the mind of the bosses.

Hence, the other alternative offered to workers was rapidly increasing unemployment. This increase has become obsolete no matter how much TURKSTAT tried to hide. Turkey has already entered the epidemic with an unemployment rate of 13-14 percent, rising from 10 percent in the last two years and a job loss of about 2 million people. At the moment, we have the February figures in which the epidemic effect is very limited. Even for February, TURKSTAT's cooked numbers for unemployment is 4.2 million. The broad unemployment for the same month is twice that, 8.4 million. It's 25 percent. In other words, at least one out of every four people were unemployed when entering the outbreak.

The unemployment figures for March, where the effect of the outbreak will be seen more clearly, will be announced two weeks later. The new principal clerk appointed to TURKSTAT has indeed new materials that will show the unemployment rate. But the workers on unpaid leave, whose number reaches 1 million, are nothing else but unemployed. The number of workers over 65 and 15-17 years under the curfew reaches 1.4 million and they are either on unpaid leave or have already been laid off. DİSK-AR [Research Center of Turkey's Confederation of Progressive Trade Unions] estimates urban unregistered unemployment as 1.2 million and unemployment among self-employed workers is approximately half a million. No matter how they hide, even with the most optimistic approach, the number of unemployed has reached over 12 million after the first month of the outbreak.

It seems that the workers will continue to work at risk of virus for a long time, by being more strictly monitored. No country including Turkey has the necessary economic and social policies to decrease the unemployment rate to a "reasonable" level. While the interests of the capitalist class are far ahead in all the aid packages offered, it is not possible to compensate for the loss of income of the workers.

The epidemic leaves a capitalist order with no future plans. If there is no plan, there is darkness. If there is a way out of this darkness, it is the organization of those who are left without a future. This changes everything.