The minimum wage to be applied as of 1 January 2020 was determined as 2324.70 Turkish liras (~390 USD). While one of the workers' union left the meeting stating that they did not agree with the decision, AKP's Minister stated that the workers were protected against inflation 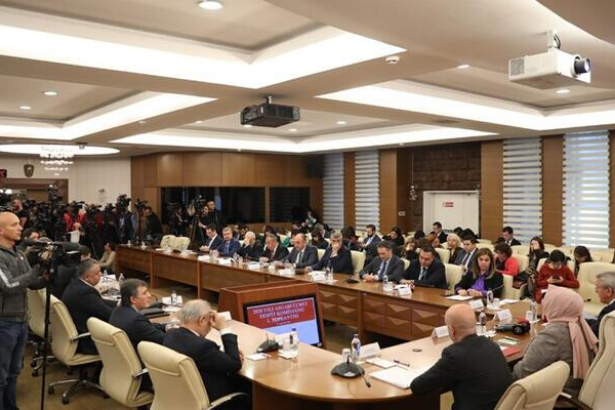 Minister Selçuk, after announcing the amount, said "We wish we had signed it unanimously."

The minister also claimed that the government had kept its promise that it would not cause workers to suffer by exceeding the expected year-end inflation rate with the new minimum wage.

Türk-İş General Education Secretary Nazmi Irgat stated that they did not accept the decision and left the meeting by stating that the determined amount would not be enough for the workers even for 10 days.

On the other hand, the President of the Turkish Confederation of Employer Associations (TİSK), Özgür Burak Akkol, stated, after the meeting, that "I hope that the decision taken will be beneficial for employment, for the stability of businesses, for the purchasing power and for reducing unemployment. I thank the entire commission for their efforts."

In 2019, the deputies will receive a monthly salary of 24 thousand 471 Turkish liras, while the minimum wage is 2 thousand 324 liras. President Erdoğan's salary will rise to 81 thousand 250 liras in the new year.