New Istanbul mayor takes office with praying event, claims it is not against secularism

The new Istanbul mayor, the candidate of the main opposition that won Istanbul in redo elections, organized a religious ceremony in his first day in the office 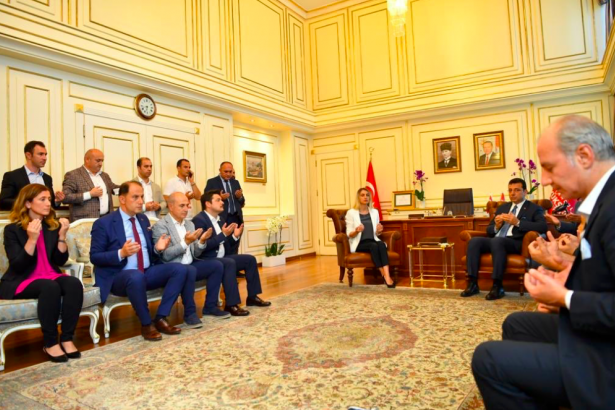 After taking the official mandate last week, he organized a religious ceremony with Islamic prayings on his first day of taking the office. İmamoğlu shared photos of the prayer in his office from his social media account.

"As I was elected as the Mayor of Beylikdüzü in 2014, we started our duty by praying. May Allah not embarrass us," he wrote on social media.

After being criticized because of the religious ceremony in the office, İmamoğlu gave and interview to Sözcü daily. CHP's mayor claimed that his action was not in conflict with secularism because "the office is his personal space."

TKP after redo İstanbul elections: “We intensify our struggle for a true change of social order”