Gülcan Altan’s latest album, "Songs of Revolution" was released on all digital platforms. Altan presented the album as a gift to the centenary of Communist Party of Turkey. 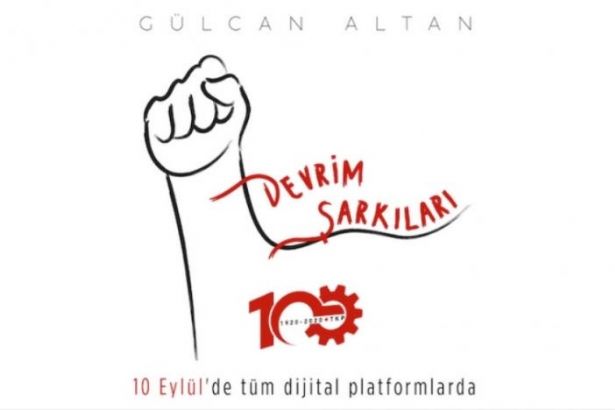 The new album of revolutionary musician Gülcan Altan, named "Songs of Revolution", which was compiled as a gift for the 100th anniversary of TKP's foundation was released.

The song "Omuz Ver" (Lean In!), whose lyrics and music belongs to Altan, had been released on digital platforms as a "single" on May 1, is also included as the first song of the album. "Boyun Eğme" (Do Not Surrender), one of the artist's most beloved songs appears for the first time in this album with its new arrangement.

Songs of Revolution spans through many countries, many languages and gathers songs of struggle. The album speaks for our wishes for an egalitarian world without exploitation and humiliation.

Gülcan Altan was born in Istanbul. She is of Circassian origin. She graduated from the Turkish Music State Conservatory of Istanbul Technical University with degrees of honour and received a masters degree in music from Yeditepe University. She has excelled in ethnic and world music and has a wide repertory of songs in various languages. She has also composed songs in Circassian, Adyghe and Abkhaz and received the honorary title of Abkhazia State Artist.
The album can be enjoyed from the link below and from other digital platforms: