Nâzım has still right: Only working class can save country and humanity

On the 57th anniversary of the death of the great communist poet Nâzım Hikmet, Turkey's Nâzım Hikmet Cultural Center will commemorate him with a special live program titled "Nâzım has still right". 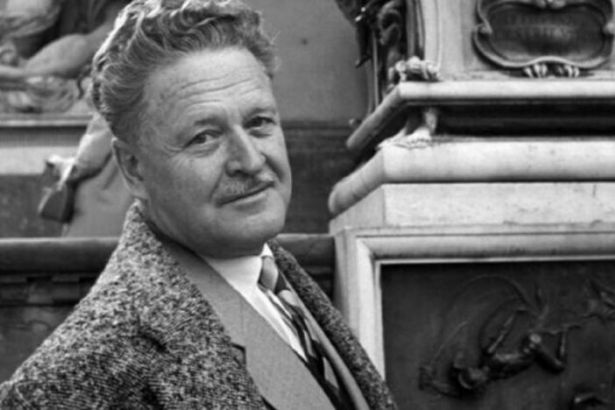 Turkey's Nâzım Hikmet Cultural Center will commemorate the great communist poet Nâzım Hikmet with a special live program on June 3, the 57th anniversary of his loss.

The program will include special presentations, Nâzım Hikmet's poems, mini-concerts from well-known artists and intellectuals.

Releasing a statement on the 57the anniversary of the great poet's loss, the Nâzım Hikmet Cultural Center noted that the circumstances we are living in today have been strongly proving that Nâzım Hikmet was right to stand up against this social order and call on the working people to organize.

The full statement of the Cultural Center is as follows:

In 2020, an epidemic affecting the world revealed the true face of the capitalist order. They say “We are turning back to normal”, but we should remember what we have been through.

We live in such an order that the capitalists are disregarding the lives of the working people so that the production will not cease and profits will continue. They do not mind that the working class cannot "stay at home". Those over the age of 65 or under the age of 20, or between the two, they should not stay at home but work with risking their lives.

It is such an order that societies could not benefit from the most basic health needs. Adequate testing was not done, basic measures were not taken. Even meeting the most basic needs, such as masks, disinfectants, gowns, for health workers has become a problem.

It is such an order that does not protect its citizens with retirement plans after exploiting them for years. It left them to death, it was obvious for everyone.

It is such an order that almost all countries, except socialist Cuba, are digging each other's grave. Let alone solidarity, we have seen that even the health supplies that are trying to reach a country have been seized by another.

It is such an order that no one is taking care of and everyone wants it to change. They kept saying it has to change, nothing should be the same. But what should be replaced? What does it mean to change everything? How to get rid of this order which must be ended immediately?

Today in 2020, we commemorate Nâzım with the solid responses he gave to these important problems. Nâzım stood up against this capitalist order, the order in which human exploits human. Nâzım was calling for a struggle for socialism, where happiness was considered a civic duty. Nâzım was calling on the people who did not participate in the organized struggle.

With all his poems, he saluted the most important power that would have played a role in getting rid of this rotten order, the real social power that would defeat the darkness of the bigotry: The working class.

And Nâzım was saying he was proud of one thing in his lifetime, being in the ranks of the Communist Party of Turkey. In 2020, the year of the fiftieth anniversary of the magnificent workers' struggle that took place on 15 - 16 June and the 100th anniversary of the establishment of the Communist Party of Turkey, we salute Nâzım Hikmet with these thoughts.