The report, accidentally published by NATO, shared that 50 of the 150 nuclear weapons stored in Europe were at the Incirlik base. The claim that the US had a nuclear bomb at the Incirlik base was shared by some sources, especially after the July 15 coup attempt 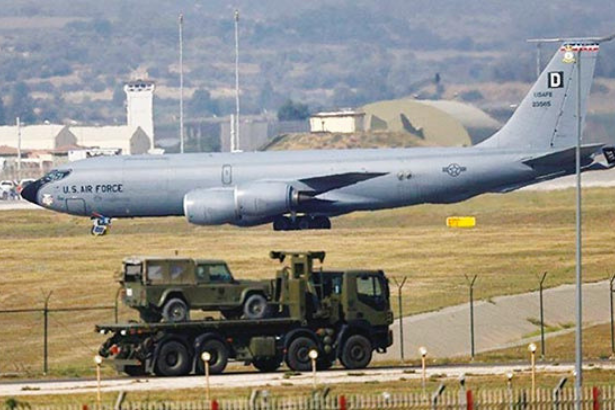 According to the Belgian press, the said report indicated the locations of US nuclear weapons in Europe. Incirlik base in Turkey, Büchel base in Germany, Aviano and Ghedi-Torre base in Italy and Volkel base in the Netherlands have some 150 nuclear weapons, 50 of which are located in Incirlik base.

The report was revised shortly, and the part indicating the locations of US nuclear weapons in Europe was removed from the new version. NATO has not made an official statement on the issue.

The US replaced nuclear weapons in Incirlik with 'thermonuclear' bombs: four times more powerful than that hit Hiroshima

İsmail Hakkı Pekin, the former head of the General Staff Intelligence Department, in an article he wrote in Aydınlık daily newspaper on January 11 2019, had said that the old-style nuclear bombs at the Incirlik base were replaced with modern and more powerful thermonuclear bombs (four times more powerful than the ones released over Hiroshima). "This transaction was completed in 2017, the amount is around 50" he said.

US commander of Incirlik: I cannot confirm or deny nuclear existence

Colonel Davis S. Eaglin, commander of US troops at the Incirlik base, where more than two thousand US personnel work, answered the question about nuclear weapons by saying, "I cannot deny or confirm the existence or absence of nuclear weapons".

One-third of US nuclear B-61 bombs in Incirlik

According to a report on Diken news portal on February 18, 2018, 150 units of US nuclear B-61 bombs deployed in Europe during the Cold War, one-third of which are said to be at the Incirlik Air Base in Turkey, were to be modernized.

The Washington based Nuclear Threat Initiative (NTI) reports that the US is preparing to modernize its nuclear bombs in Europe and Turkey and will spend more than $ 10 billion for the modernization.

US nuclear weapons in Turkey were claimed to be transferred to Romania after the relations between Turkey and the US have soured.

Speaking to EuroActiv.com in 2016, two independent sources confirmed the transfer of weapons but also mentioned the political and technical difficulties in transportation. One unnamed source said, 'It is not easy to carry over 20 nuclear weapons. Simson Center research, on the other hand, said, about 50 tactical nuclear weapons have been in the Incirlik base.

After the coup attempt, the US was said to have worries about losing control over the airbase in Incirlik and the US officials did not trust Turkey's hosting of the US nuclear weapons.

The new base for nuclear weapons is said to be the Deveselu air base in Romania. It is also known that Russia is disturbed by the $800 million missile shield installed at the Deveselu base.
Romanian officials, on the other hand, reject the allegations that nuclear weapons have been moved to their country.