'A nation that occupies other nations cannot be free': Communist Youth League of Israel

The Communist Youth League of Israel says, 'We - Jews and Arabs will continue on our path of struggle for socialism and just peace. No government and no state can prevent an entire people and nation from existing.' 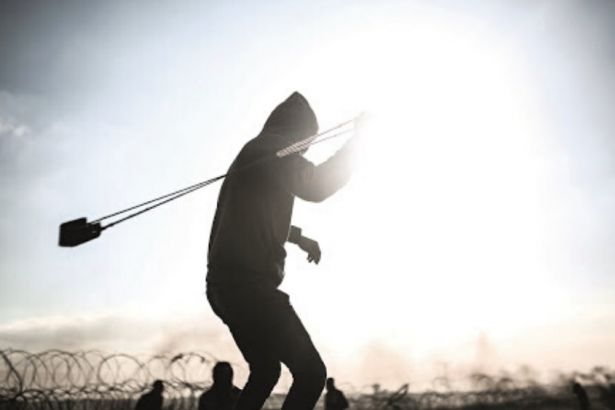 On June 5th, 2020 it is the 53rd anniversary of the 1967 aggressive war, where Israel had occupied the West Bank, East Jerusalem and Gaza Strip, the Syrian Golan, and the Sinai peninsula.

This anniversary comes in the shadow of the Israeli government’s declared intention to annex the Occupied Palestinian Lands supported by the American Administration, as part of the disastrous “Deal of the Century”. Meaning, perpetuating the occupation, deepening the settlements and creating an official Apartheid regime, while clearing the Palestinian people’s right of self-determination, and preventing the end of occupation, settlements and the establishment of a Palestinian independent state on the borders of June 4th, 1967, with East Jerusalem as its capital and the right of return for refugees according to international resolutions.

Netanyahu’s government and Trump’s administration are pulling the region to the edge as well as they both are perpetuating the conflict in the service of hegemony projects, they then are betting on the silence of the international community on these crimes – war crimes- especially as the world is preoccupied with COVID-19 implications on health, society, and economy

Israeli law enforcement agencies continue to exert oppressive policies on the Palestinian people and youth. How does this situation affect the life of youngsters in Israel?

The Palestinian youth have to face racism, occupation, and discrimination so for them, the Nakba continues to date.

In Israel, the government who supports the extreme right-wing is rising a generation who doesn’t believe in peace and encourages the youth to hate speech and make them believe that continuing the military occupation is the only solution for the conflict, the Jews and Druze youth by 18 are forced to serve in the Israeli army to occupy the Palestinian people which means to occupy another youth.

The new Palestinian generation was born after the First Intifada in 1987 and barely experienced the Second Intifada in 2000. They grew up under the conditions of the “Oslo Agreement,” which was supposed to give Palestinians independence and end the occupation. Instead, the struggle for peace and independence was betrayed by Israel and the Palestinian Authority. The brutal Israeli occupation became even more entrenched. Children and youth watched as Israeli settlements swallowed up their land, as friends and family members were imprisoned and killed, as soldiers invaded their neighbourhoods and refugee camps.

The Israeli People too, have been struggling under a neoliberal government that divides the people with racist rhetoric and drives the majority into poverty while enriching the few at the top, a government that destroys our welfare systems while propping up military companies and warmongering to keep them afraid and beaten.

The current government wants the youth to lose hope in peace and any other solutions that end the pain.

For us, for the communist party and communist youth, there is another way, we believe in just peace and social justice for both people, for that reason our comrades object to serve in the Israeli army and go to the military prison.

How can the youth in Israel contribute to the solution of the Palestinian question?

“A nation that occupies other nations cannot be free”.

We believe that the youth in Israel must take action in resisting the occupation as well.

The Jew and Druze youth in Israel must do the military service by the age of 18, so they are sent to occupy the Palestinian people in the west bank and Gaza if more youth refuse to do the military service and stand by the side of the Palestinian people to get their fundamental rights, there is a huge hope for both nations to live peacefully, therefore in YCLI we believe in a common struggle, for that reason we are an  Arab-Jew organization, we salute and encourage each person who rejects to be part of the occupation forces. The youth in Israel has to understand that the occupation is preventing lasting peace for both nations. We conclude that the youth have surpassing power to make the real revolution in ending the occupation.

You, as a communist youth organisation struggling in Israel, what do you do to organise the youth?

We in the Young Communist League of Israel are committed to fighting against military oppression, war, the Occupation, and for a just peace between the People of Israel and the Arab Palestinian People that will ensure the independence and rights of both Peoples. It is the common interest of our people to reject war and imperialism and we will prevail!

We believe that deep solidarity between Israelis and Palestinians who equally reject Israel’s military state and ethnic segregation can serve as an example for a new approach – one of co-resistance.

We know that it is hard to be active in such a difficult and complicated situation, but also for that reason, we must continue in our way to resist fascism in all its forms.

We - Jews and Arabs will continue on our path of struggle for socialism and just peace. No government and no state can prevent an entire people and nation from existing.

YCLI was founded in 1924 which means even before establishing Israel; we are a deep-rooted organization in this country. Today we have more than 25 active YCLI branches from different villages and towns, we are the largest and oldest active organization in the Palestinian society we are attempting to increase our force in the Jew street and we are trying to open new branches in a different district.

Additionally, we have pioneers that include children in elementary and junior high school we arrange suitable activities for them, the YCLI include also high school students and young workers. Every branch manages weekly meetings and activities for the youth in the village, town, or district. In university, YCLI comrades join the “students’ front” that YCLI is the greatest part of it, in these different parts we have the same struggle and attempts in fighting fascism and educate the youth about the real struggle.