Turkish President Erdoğan's AKP party struck down a call in parliament to cancel all economic, military, and political agreements with Israel 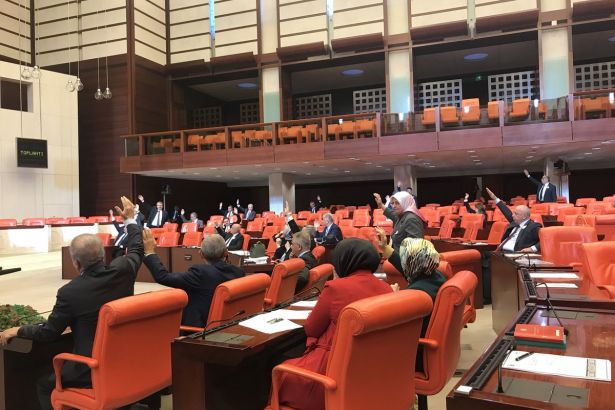 A motion proposing the annulment of economic, military and political agreements with Israel is rejected by President Recep Tayyip Erdoğan’s ruling AKP party its fascist ally the Nationalist Movement Party (MHP), in the Turkish Parliament.

Parliamentary main opposition Republican People’s Party (CHP) Istanbul MP Ali Şeker announced on his Twitter account that the motion was voted down by the two parties late Tuesday. Şeker also underlined the gap between the words and deeds of the Erdoğan and his AKP party concerning Israeli and Palestine policy.

AKP's decision came a day after the Israeli forces killed at least 61 Palestinians on the border with Gaza Strip during the ongoing protests known as the Great March of Return and riots against the opening of the US embassy in Jerusalem.

Erdoğan described Monday's bloodshed as "genocide" and called Israel a "terrorist state". Erdoğan, who is campaigning for presidential and parliamentary elections next month, said a rally will be held on Friday to protest the killings.

AKP Zonguldak MP Hüseyin Özbakır’s gesture at the Parliament voting, while he raised his hand to 'No' vote, has given rise to heavy criticism. Social media users pointed out that Özbakır’s move was very similar to 'Nazi salute'. 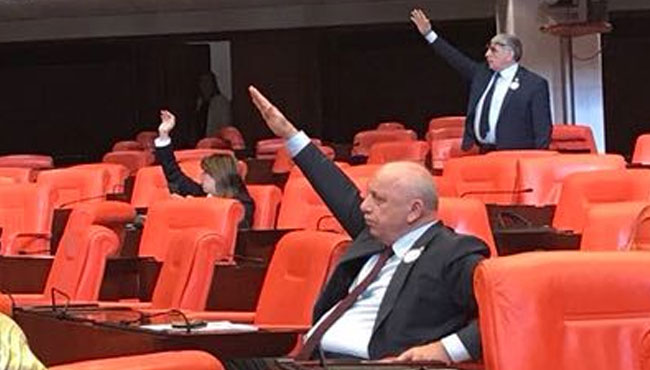 By repeatedly hitting out at Israel, Erdoğan and his ruling party may be catering to his voter base but it is meaningless after all the fund relations like million dollars worth accords, armour dealings and natural gas trade. Turkey's AKP government is clearly not interested in hurting economic ties with Israel.

Communist Party of Turkey: The just resistance of Palestinian people will win!