Over half a million shopkeepers in Turkey have gone bankrupt due to the severe economic crisis in the last five years, while the number of businesses opened up in the first quarter of 2019 decreased by 3 thousand 774 compared to the same period of the previous year 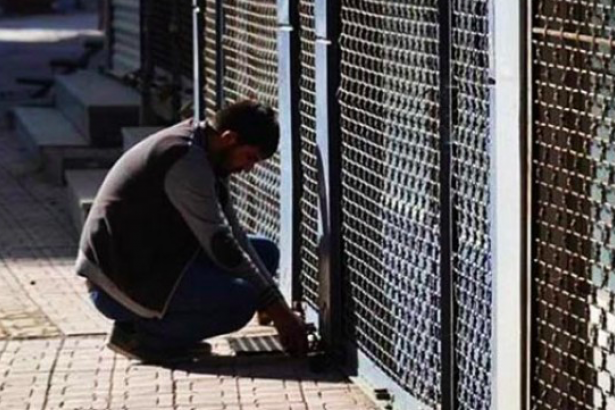 As reported by Şehriban Kılıç from Cumhuriyet daily, 545 thousand 351 shopkeepers had to go out of business within more than five years in Turkey. The number of businesses opened up in the first quarter of 2019 became 70 thousand 888 with a decrease of 3 thousand 774 compared to the same period of the previous year. 29 thousand 214 shopkeepers and craftsmen have gone down in the country in the first three months of 2019.

According to the data of the Confederation of Turkish Tradesman and Craftsmen (TESK), there is a significant increase in the number of shopkeepers and craftsmen closing down their businesses due to the economic crisis within the last four years.

While 97 thousand 715 shopkeepers and craftsmen went bankruptcy in 2015, this number increased to 106 thousand 167 last year. In addition to this, the number of craftsmen, which was 1 million 772 thousand at the end of last year, decreased to 1 million 753 thousand in the first quarter of 2019.

DEBTS OF SMEs ARE INCREASING

The total debts of the small and medium-sized enterprises (SMEs) also began to increase with the current economic crisis in Turkey. Hundreds of thousands of companies taking loans are going bankrupt because of failing to make a profit to pay the huge amount of debts. The amount of uncollectible loans of SMEs has risen to 47 billion 265 million Turkish Lira in the recent year, increasing by 85%. The number of SMEs with non-performing loans increased to 361 thousand 707 with an increase of 47 thousand 592 in a year.

While the loans used by the SMEs were approximately 521 billion Turkish Lira in February 2018, the number of SMEs consumers decreased by 92 thousand 761 in the same period of this year, according to the Banking Regulation and Supervision Agency (BRSA).

Moreover, the number of debt-ridden SMEs consumers increased to 361 thousand 707 in February 2019 by rising 15% compared to the same month of the previous year.

NUMBER OF WORKERS EMPLOYED IS ON THE DECLINE

In December 2018, the number of insured workers in SMEs decreased by 348 thousand compared to December 2017.

According to the Employment Monitoring Bulletin of Economic Policy Research Foundation Turkey (TEPAV), the sector with the highest decrease in the number of paid and insured employees is the construction sector with a decrease of 292 thousand.