At least 1,736 workers were killed in occupational murders at the workplaces in Turkey during 2019, according to a report prepared by Health and Safety (HESA) Labour Watch, a non-governmental organization struggling for workers’ rights. 99 percent of the workers who lost their lives are non-union, precarious. 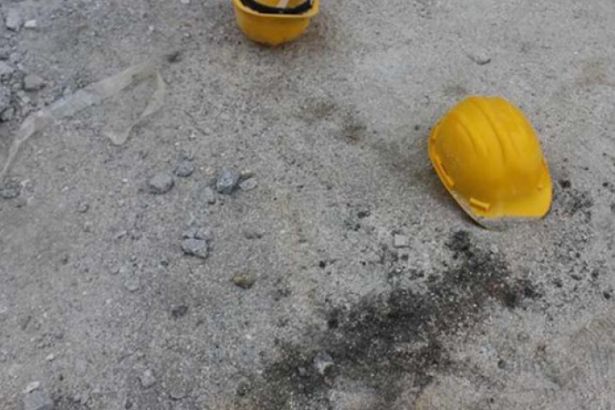 Health and Safety (HESA) Labor Watch-Turkey, a network organization carried out by workers and their families from various industries, lines of work, and professions struggling for healthy and safe living and working conditions, has issued a report on work-related murders in 2019 in Turkey. At least 1736 workers lost their lives in occupational murders in the country last year, according to the report.

While 1713 (98.68%) of the workers who died in occupational murders were working without being a member of a labor union, the number of unionized workers was only 23 (1.32%).

HIGHEST DEATH RATE WAS IN AGRICULTURE AND FORESTRY LINES OF WORK

The report also indicates that agriculture and forestry lines of work had the highest death rate due to occupational murders in 2019.

Accordingly, 442 workers (245 farmers and 197 workers) in agricultural-forestry lines of work, 336 workers in the construction-road line of work, and 234 workers in the transportation sector lost their lives in occupational murders last year in the country. 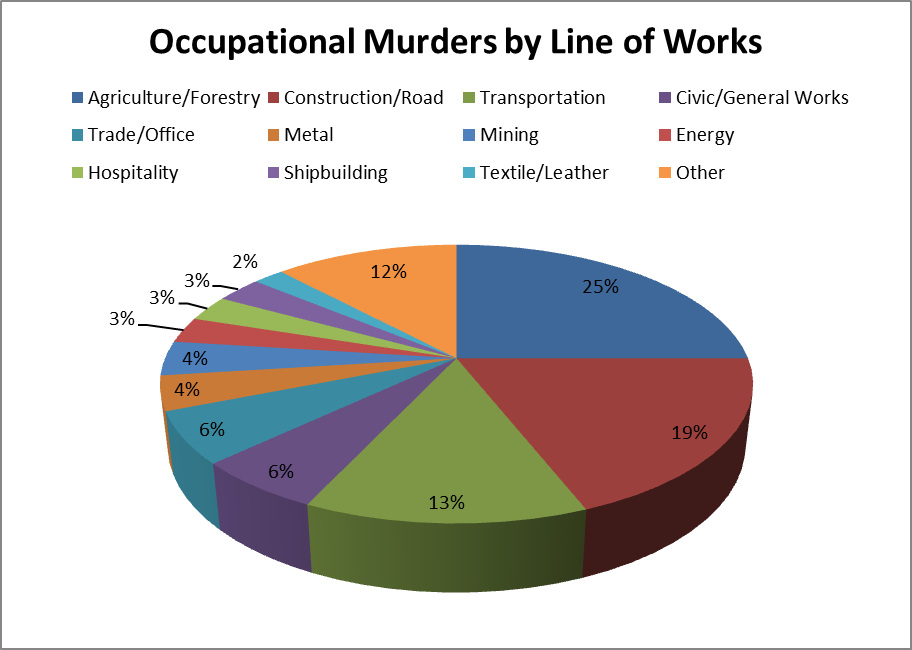 Of the 1736 workers who lost their lives in 2019, 67 were children, the report prepared by HESA Labor Watch-Turkey points out.

29 children under the age of 14 and 38 child workers between 15-17 years old died while working in the same year.

112 migrant/refugee workers, who have been used as cheap and precarious labor force by capitalists, also lost their lives in occupational murders last year in Turkey, the report says.

In December 2018, a report of HESA Labor Watch had also argued that capitalist patrons see the migrant/refugee workers a means to hold the wage increases down and to reduce wages against other workers by inciting ethnic and sectarian enmity among the workers through nationalist provocations.

‘GOV’T AUTHORITIES DO NOTHING TO PREVENT OCCUPATIONAL MURDERS’

Drawing attention to mobbing, overtime works, insufficient occupational health and safety, poor, unregistered and insecure working conditions the workers are exposed at their workplaces, the report underlines, "The state and capitalist class take no steps to prevent workers’ deaths, injuries and occupational diseases. On the contrary, the working conditions of the workers are getting worse and causing work-related deaths that can be actually prevented if the necessary measures are taken by the authorities."

‘‘Their primary concern, of course, is to ignore these due precautions for occupational health and safety in order to earn more money. Yet, they have also a matter of ‘survival’. This matter includes bringing workers to their knees at workplaces, preventing them from unionization to silence workers’ voice, and restraining them from questioning the capitalist system that exploits labor,’’ the report issued by HESA Labor Watch-Turkey stated.

Indicating that the average number of workers’ deaths, which was about 1,700 per year, has increased by 15% and reached 2,000s after the Turkish government’s declaration for the state of emergency in 2016 following the failed coup of July 15, it is said in the report that the reason behind this dramatic rise in occupational murders is quite obvious: Strikes were banned, and unionization activities were considered a crime by the government.

"Workers have been killed more to overcome the political and economic crisis," the report underlines.