Mitsotakis: We are pleased by Turkey's moves

“We are pleased by Turkey’s moves to reduce tension in eastern Mediterranean,” the Greek Prime Minister Mitsotakis said, adding that Turkey must put forth more effort to improve relations. 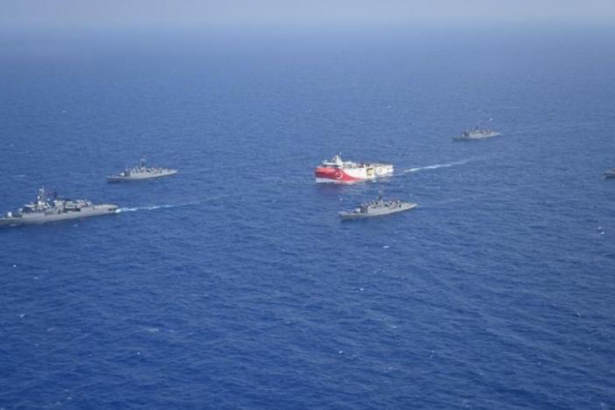 Last week, Erdoğan sent a letter to EU leaders which calls them to raise impartial dialogue for the solution of the recent crisis in the Eastern Mediterranean with Greece over energy resources.” Turkey wishes that all parties cooperate in the region, energy resources are fairly shared, peace has prevailed,” said Turkish President Erdoğan. He also stated that Ankara has always been ready for dialogue and cooperation for this issue, but it is unacceptable “to be confined to Turkey’s territorial waters while the coastal states of the Eastern Mediterranean carry on their hydrocarbon programs and activities, the axis of malice against Turkey continues to be formed and the Turkish Cypriots are ignored.”

The tension between Ankara and Athens escalated over Turkish drilling plans in the Eastern Mediterranean and a Turkish ship started to carry out drilling activities in the region. Greece and the EU raised alert, calling on Turkey to stop its activities and pull back the vessel. Turkey pulled out the drillship in mid-September, but Ankara declared that Turkey did not step back from its Eastern Mediterranean mission and Yavuz and Barbaros drillships would continue to carry out their works in the area.

Speaking after meeting with NATO Secretary Jens Stoltenberg in Athens, Prime Minister Mitsotakis said “We welcome Turkey’s first move to reduce present tension. It remains to be seen whether this is an honest move or transitory maneuver.” Mitsotakis also stated that Athens wants to resolve disagreements through diplomatic ways and to dialogue with Ankara.

“It's up to Turkey to end this path of crisis and to open a path to a solution. We are ready to meet on the second path, and I’m optimistic that is the route we will take, to the benefit of our two peoples,” Mitsotakis said.

Stoltenberg said he believed the mechanism, he announced last week regarding to the eastern Mediterranean, would also help to “create space” for diplomatic efforts.

“It is my firm hope that the underlying disputes between two Allies can now be addressed purely through negotiations in the spirit of Allied solidarity and international law,” Stoltenberg said.

Last week Stoltenberg announced the creation of a mechanism to avoid accidental clashes in the eastern Mediterranean as part of broader efforts to defuse tensions between Ankara and Athens.