While the number of patients who lost vision as a result of injections made at the Kırıkkale University Medical Faculty Hospital increased to 36, the Turkish Ophthalmology Association announced that it had previously warned the Ministry of Health and filed a lawsuit at the Council of State. The physicians talking to soL reporter stated that the drug in question was specifically used in colon cancer, it was not suitable for eyes, and that this was openly written in the content of the drug. 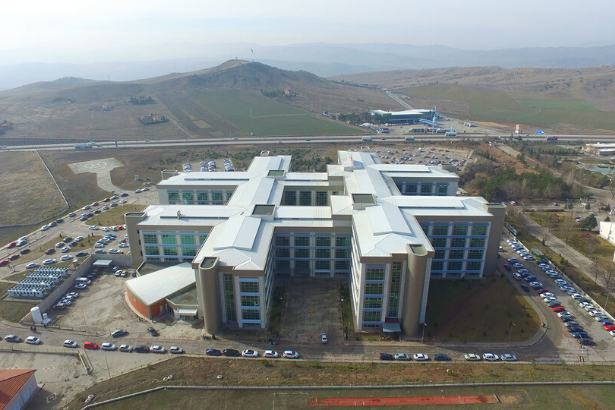 Approximately 36 patients, who have been treated at Kırıkkale University Faculty of Medicine Hospital Ophthalmology Polyclinic for some time, lost their ability to see after an injection. 36 patients were transferred to various hospitals in Ankara for treatment.

According to the news in a local gazette, the patients who came to the hospital and reported the situation to the authorities after they experienced vision loss, were first sent back to their homes, and were told that "the situation was normal". Two days later, the patients were called back to the hospital and were given another injection, which did not improve their situation. Then they were sent to various hospitals in Ankara for operation.

"THE SITUATION WAS SAID TO BE TEMPORARY"​

Ufuk Han Çimen said his father Hayati Çimen had an injection in his eyes after which he lost vision on both eyes. But the hospital said, "the situation was temporary", according to the patient.

Stating that they heard various speculations about the injection, Çimen said: "My father Hayati Çimen periodically has eye injections. On January 17, 2019, he had his regular eye injection at Kırıkkale University Hospital, where after 4-5 hours he lost his eyesight. Then he went back to the hospital. The blindness he was experiencing was said to be temporary and he was sent back home. When he was called to the hospital again, he realized that he was not alone but there were about 30 other patients who had the same injection and were experiencing the same trouble. Approximately 20 of them lost their vision. Despite our requests to go to Ankara, they kept us in the hospital until 10.30 am the next day and then released us."

In the images shared by GazeteKale, the person alleged to be an official from the hospital said that they tried to save the eyes of the patients after the drug but could not "guarantee".

HOSPITAL: "WRONG DRUG IS OUT OF QUESTION"

In the statement made by Kırıkkale University Faculty of Medicine Hospital, Department of Ophthalmology, "wrong injection" claims were rejected.

According to the statement of the hospital, the notifications made by the Social Security Institution (SGK) of the Republic of Turkey regarding the application of medications is called 'Health Practice Notification (SUT). For the reimbursement of all drug application guidelines published in this notice shall prevail. Public, private all health organizations will act according to this system. The press reports Bevacizumab as the 'cheap medicine' that is used for macular degeneration or better known as the yellow spot disease and diabetes-related eye damage.

"This drug is applied to patients with different degrees of vision loss related to the above-mentioned diseases and aimed to reduce the damage in various layers of the eye completely or partially. Health Practice Notification (SUT) dated 28.01.2019, clearly stated the principles of drug use in eye diseases. The drug, which is thought to cause the problem in its last updated notification in 2019, is included as the first treatment option. In addition, this drug is defined as a drug that should be available in hospital pharmacies and is kept in public hospitals. Also, according to this notification, the drug is not a new drug. Kırıkkale University Hospital has started an investigation on Bevacizumab and similar drugs, which is claimed to cause blindness in patients. The reports that patients have gone blind is not correct," the hospital stated.

"THE MINISTRY WAS WARNED AGAINST THE PHARMACEUTICALS, LAWSUIT WAS FILED AT STATE COUNCIL"

In the statement made by the Turkish Ophthalmology Association (TOD) Central Board of Directors, it was revealed that the Ministry of Health had previously been warned against the drug. "TOD warned both the Ministry of Health and the SGK with both written and face-to-face interviews, and filed a court case at the Council of State on failure to get results. Unfortunately, our request to stop the execution resulted negatively," the association said in the statement.

"Endophthalmitis (intraocular infection) is a very troublesome situation, it can result in serious vision loss even in the best centers. The drug in question is not an eye-specific drug," said the ophthalmologists who spoke to soL news.

The doctors said "the ministry imposes a drug used in colon cancer treatment" to the ophthalmologists. They further stated that the cheap and inexpensive drug was imposed by the Ministry since the public price of the drug to be used was 1379 TL and the recommended drug was 789 TL. Doctors who stated that the imposed drug was used in 36 people who lost their eyes and infection developed due to multiple uses of injections.

The drug, which causes eye infections and losses, has no approval from the Food and Drug Administration (FDA), which is affiliated with the U.S. Department of Health.

Parliamentary main opposition party CHP Kırıkkale Deputy Ahmet Önal said that the number of patients allegedly experiencing vision loss increased to 36 after the injection shot at Kırıkkale University Medical Faculty Hospital. "The Ministry of Health should investigate whether the problem is drug-related or personnel-related, and it should be prevented from harming more patients," said Önal, who also submitted a research proposal to the Assembly.