Millions of people in Turkey head over heels in debt

Number of people engaged in lawsuits due to their debts or bankruptcy cases has exceeded 1 million in the 11-month period between January and October 2019, as the economic crisis in Turkey deepens every passing day 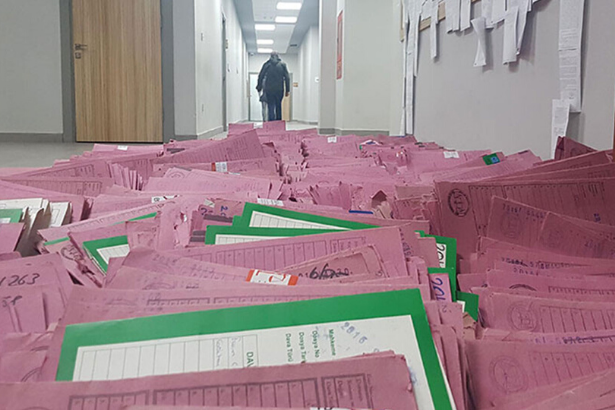 The number of people who have been taken legal proceedings for their debts and bankruptcy rapidly increases in Turkey, while a severe financial crisis in the country further deepens with each passing day.

Parliamentary main opposition Republican People’s Party (CHP) raised concern over the uncollectible loans in its "Economic Indicators Assessment Report". In the report, it is stated that "A total of 1 million 205 thousand 253 Turkish citizens could not pay their credit card and consumer loan debts to banks and were taken legal proceedings between January and October 2019."

"The number of citizens who have been taken legal proceedings [by Turkish authorities] due to their debts and whose debts are still in progress is 3 million 667 thousand 827," the report prepared by the CHP also indicates.

The report also points out that the number of foreclosure files for debt insolvency and bankruptcy was 7 million 894 thousand by increasing 5.9 percent between January 1 and November 10, 2019.

In the same period, the number of resulted legal cases was 5 million 100 thousand, while a total of 21 million 264 thousand foreclosure files are pending in the court bailiffs as of Nov. 11.

The Justice and Development Party (AKP) government, which attempts to burden the cost of the economic crisis hitting the country on the people’s shoulders, has frozen the bank accounts of millions of people in October 2019 and confiscated the citizens’ salaries due to their debts to the state.

279 thousand 797 students, who have defaulted on the repayment of their student loans, were also reported to the Ministry of Treasury and Finance by the Higher Education Credit and Hostels Institution (KYK) in a request for distraining within last ten years.