Military deployment in Libya: What is wrong?

SoL columnist and the General Secretary of the Communist Party of Turkey (TKP), Kemal Okuyan, comments on the parliamentary bill on deployment of troops in Libya passing from the Assembly 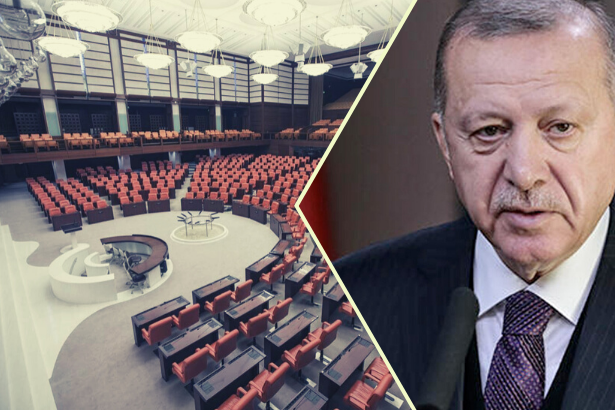 Another bill was voted at the Assembly. The will of the ruling AKP and its ally fascist MHP is enough to deploy military personnel in Libya. For this reason, the voting for the bill at the Assembly is just a formality. Such voting cannot even indicate a historical moment. Only the ones who would vote against would be the ones who would not follow the wrong path. That is it.

What is wrong then?

Quagmire is a word that is often used. Some use it to characterize Libya, the ones that enter cannot return. Nonetheless, Libya has become a quagmire for the Turkish economy long before the conflict. AKP, which supported the imperialist powers to destroy the Qaddafi regime in the name of ‘revolution’, supported the Turkish bosses to lose their debt totaling almost 1.5 billion USD.

The hope to deal with this quagmire is one of the factors that promote Turkey’s action in Libya.

It is neither ethical nor meaningful to oppose to overseas military operations just because they would be ‘quagmire’. Such an attitude approves military deployment in ‘quagmire’ regions.

It is also wrong to a certain extent to explain the desire to get involved with the civil war in Libya by referring to the special relationship between AKP and the Muslim Brotherhood that can hold Tripoli but cannot even control the ten percent of the territories. Even if ideological-religious references determine Erdoğan et al.’s foreign policy, these references would remain too simplified to explain the bill on ‘helping friends’ in Tripoli.

Regarding the competition over energy resources in the Eastern Mediterranean… The agreement that was signed with one of the forces in Libya makes this competition more interesting. They love exaggeration; however, this time, they have lost it. To argue that one agreement whose future is unclear would turn power dynamics upside-down is nonsense considering that drilling in the Eastern Mediterranean has given no concrete result, Turkey does not have enough technological infrastructure, and the world’s forces have focused on this region.

Nonsense does not make the background of the agreement and the desire to deploy military forces in Libya unimportant.

It cannot make it unimportant because AKP is bidding time to realize the neo-Ottoman strategy that failed in Syria. At this point, the aim of Turkish capitalists at profit should also be considered alongside the ideological-religious motivations. Even though the bosses do not like ‘adventure’ and lack the necessary resources to play big, they are aware of the necessity to expand. This is the law of infamous capitalism.

Read Kalın’s statement alongside with the statement of Fuat Oktay, the Deputy President: ‘Any plan that excludes Turkey cannot succeed’.

Such pretentious words are only heard in Turkey, which deployed military forces in twelve countries – if Libya becomes one of them – and has the Free Syrian Army as an extension.

The weaknesses of AKP is easily observed in the domestic arena. Nevertheless, there are certain memorized statements in Turkey. Turkey is considered as underdeveloped, underdog, victim, and dependent in the eyes of the intellectuals. Therefore, the AKP is considered ineffective, irrational, and boaster.

In this way, wrong is produced out of the truth. The limits and problems of capitalism in Turkey are misinterpreted as weakness and victimhood of Turkey. It is forgotten that Turkey would use whatever means to find a stronger place in the imperialist world.

I will discuss this issue in the future. I will try to explain how the left is confused by misinterpreting Turkish capitalism, and the impossibility to understand what is going on if Turkey is understood ineffective.

Now we have the bill regarding the military deployment in Libya.

The security of our borders starts overseas! What is the difference between this statement and the USA’s statement that ‘all of the world is my sphere of influence’? Everybody defines their own power in their own ways.

We are constantly underlining that there is no good capitalism, there is no rightful foreign policy in capitalism. Capitalism is the seeking of profit, and foreign policy cannot be understood without the competition among international monopolies. Just because the USA is the biggest trouble for humankind in this imperialist competition, the attempts of various capitalists for their own benefits cannot be rightful.

Is it possible for a country to be secure in the hands of a government that is scared of its own people?

No to the bill on military deployment!

They say the legitimate government of Libya has invited Turkey.

Then what we are doing in Syria where Turkey is not invited?

No to the bill!

We cannot oversee the plundering of Turkey and other countries just because the capitalists want more profits.