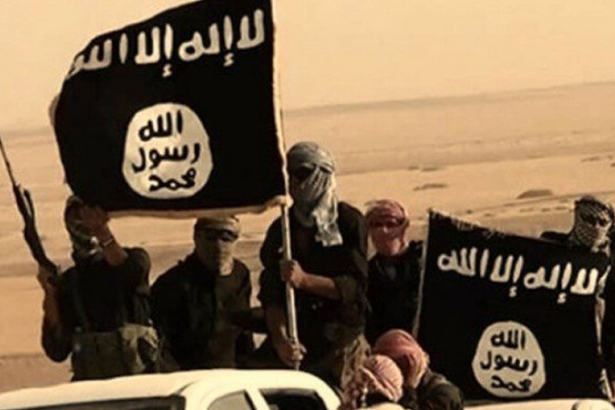 The Lieutenant-General Saad Mazhar al-Allaq, the Chief of Iraqi General Military Intelligence Directorate, told CNN that senior members of the Islamic State are rebuilding and in preparation of new terrorist attacks in Europe after they have taken refuge in Turkey from Syrian and Iraqi prisons following the killing of the former ISIS leader Abu Bakr al-Baghdadi.

Speaking to CNN, al-Allaq said: "The network that Iraq has provided Turkish officials with dossiers on nine alleged ISIS leaders, including financiers with access to huge amounts of money in order to carry out terrorist attacks across the world."

"Recent communications received from ISIS cells indicate the terrorist group is planning prison breaks across Iraq and Syria," he noted.

Al-Allaq also suggested that huge international efforts should be taken to deal with this resurgence attempts of ISIS because these criminals are able to leave these camps and go back to their countries, posing great danger particularly in Europe, Asia, and northwest Africa.

Stating that senior ISIS figures, who have escaped from prisons in Syria and Iraq, were forming new cells in Turkey, al-Allaq said: "Some significant leaders of ISIS fled north, I mean in the direction of neighboring countries and into border areas like Turkey’s southeastern province of Gaziantep, which is relatively safer."

"They have secretly crossed into these areas from the Syrian-Turkish border. Senior militants who have money managed to cross the border and have secretly infiltrated into the Turkish territories with the help of smugglers by paying a large amount of money," he noted.

Meanwhile, the Turkish Interior Minister Süleyman Soylu said on Wednesday that Turkey will repatriate a significant portion of its ISIS detainees to their home countries by the end of the year.

Al-Allaq claimed that those ISIS jihadists crossing the border into Turkey will play a crucial role in recruiting new militants to the terrorist organization.

Fugitive terrorists Khair-Allah Abdullah Fatthi, born in 1977 in Salahuddin province in the northwest of Baghdad, and Hussein Farhan Asslebi al Jumaili, born in 1981 in Anbar province of Iraq, were "among the best bomb makers that ISIS ever had," al-Allaq also informed in his interview with CNN.

PENTAGON ACCUSES TRUMP AND TURKEY OF RESURGENCE OF IS

In parallel to the statements of Iraqi military intelligence chief Saad Mazhar al-Allaq, a Pentagon report says the U.S. President Donald Trump’s decision to withdraw the U.S. forces from the northeast Syria and the Turkish offensive into the region increased instability and allowed the jihadists to regroup.

Claiming that IS is again growing in power in Syria and Iraq, with approximately 14,000 to 18,000 militants, with the help of the Turkish military offensive against the Kurdish-dominated Syrian Democratic Forces into northern Syria following Donald Trump’s withdrawal decision from the region, the report presented by the Pentagon’s Defense Intelligence Agency (DIA) underlines the terrorist organization will likely have the "time and space to target the West and provide support to its global networks and branches."

The report also notes that the recent death of Abu Bakhr al-Baghdadi would not likely to have a deep impact on the reorganization of ISIS.

Ankara considers the U.S.-backed Kurdish-dominated Syrian Democratic Forces and its armed wing People’s Protection Units (YPG) terrorists due to their affiliation with the Kurdistan Workers’ Party (PKK), which has been waging an armed struggle against Turkey since 1984, calling for an independent Kurdish state within the country, while Washington relied on Syrian Kurdish forces as the top-ally to fight against ISIS in the region.