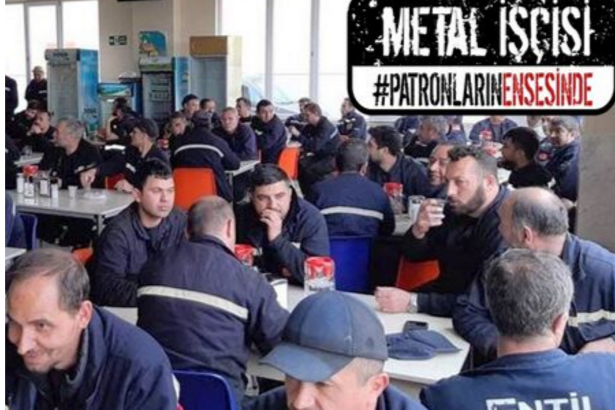 In Eskişehir, almost 500 employees working in Entil Endüstri, Hapalki Döküm and Tarkon Makine within Zeytinoglu Group have not received their salaries for 4 months. The workplaces were seized in 2009 by the Saving Deposit Insurance Fund (TSMF). TMSF, putting the company in a more unmanageable debt crisis.

Zeytinoglu Group, which took back the companies, claims that the debt burden of the companies is unsustainable. The companies are in huge debt to various institutions, especially to TMSF and Halkbank.

Companies, which have been producing since 1965, entered into a debt crisis. Workers' salaries were not paid.

Taking the companies from Zeytinoglu, TMSF made managerial mistakes that would deepen the crisis even more, rather than management that would guarantee the workers’ employment security and the payment of salaries.

Although there are orders and customers in all three workplaces, raw materials and energy cannot be purchased and produced due to the debt burden.

WORKERS TAKING TO THE STREETS: THOSE WHO ARE RESPONSIBLE SHOULD GIVE ACCOUNT

United Metalworkers’ Union, organized trade union in workplaces where production has not been done since September, has announced an action plan to make the voices of the workers heard.

In a statement made by the union, it was said “Our union expressed the problems experienced here in a letter sent to ministers, deputies, provincial heads of political parties and various institutions. In order to protest and publicize the victimization, an action program will be implemented.”

In the following days, the workers will organize public statements and sit-ins in several places.