Merkel: Turkey’s steps in Eastern Mediterranean are provocative and unfortunate

German Chancellor Merkel said that the EU leaders agree that the final steps of Turkey in the eastern Mediterranean are increasing the tension. 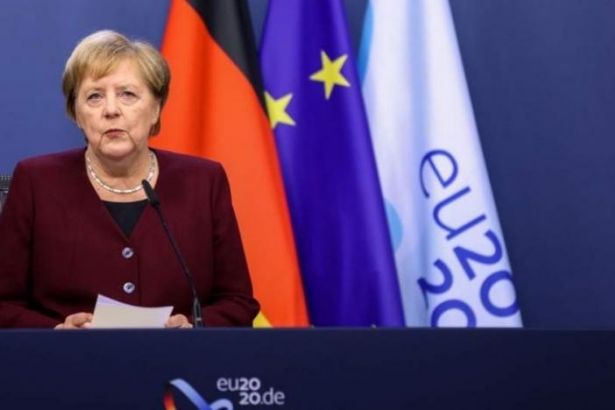 The tension between Turkey and the European Union over Turkey’s seismic explorations in the Eastern Mediterranean continues after Turkey’s reassignment of the seismic vessel ‘Oruc Reis’ on the disputed areas.

Turkey's attempts to make a seismic survey in the region are met with Greece's and international powers’ continental shelf claims ongoing response and discussion on some levels. Lastly, German Foreign Minister Heiko Maas has canceled his visit to Turkey, after Turkey's reassignment of the Oruc Reis seismic research vessel.

After Turkey’s move, another comment came from German leader Angela Merkel. On the second day of the EU Leaders Summit held in Brussels, the Chancellor gave a statement to reporters and identifies Turkey's steps in the Eastern Mediterranean as "provocative, unfortunate and unnecessary" and added that EU leaders agree on that Turkey’s actions in the Eastern Mediterranean increase tension.

Merkel says "provocative steps taken by Turkey in the Eastern Mediterranean, of course, increases rather than reducing the tension and we agree on this."

“This is very unfortunate and not necessary. We want to continue the path we have with Turkey. Further development of EU-Turkey relations is in the interests of both sides," she added.

Also, in the Summit, French President Emmanuel Macron says the European Union voiced support for Greece and Cyprus and repeats "our support goes well while our request to establish a dialogue with Turkey."

The EU Council President Charles Michel also says they regretted the decision to send Turkey's natural gas drilling vessel to disputed waters in the Mediterranean and says the EU leaders will assess the options on this issue at a summit in December.