Lockheed to remove Turkey from its manufacturing supply chain 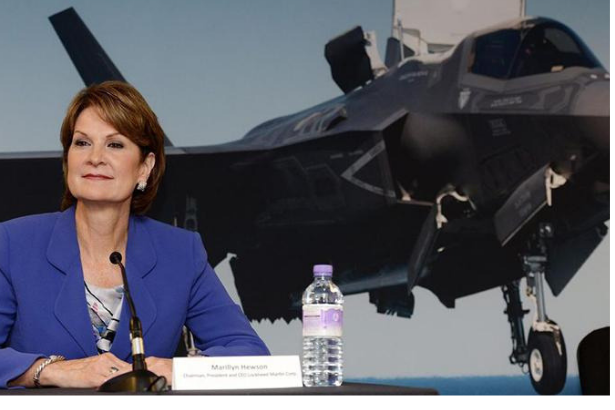 F-35 manufacturer Lockheed Martin's CEO, Marillyn Hewson said, in her speech at a meeting, the parts produced in Turkey would begin to be produced in the US.

Lockheed’s chief executive officer also said the company would be able to remove Turkey from its manufacturing supply chain by March 2020, Reuters reports.

“We’ve been working to wind down the Turkish industry involvement and so we have a timeline that we’re working towards ... it’s out through March of 2020 that we think it will all be resolved,” CEO Marillyn Hewson said.

Hewson also told that they will experience no difficulty in finding new customers for the planned F-35 Lightning II fighter aircraft sales to Turkey. Several other countries such as Poland is interested in becoming an alternative buyer, according to the CEO.

LOCKHEED MARTIN, A COMPANY AT THE TOP OF THE IMPERIALIST ORDER

The company is an F-35 manufacturer. At the top of the imperialist order, it is a company of war industry that has grown to the extent to intervene in the foreign policy of the US. The company, which employs more than 100,000 people worldwide, feeds the US war industry.

It is the largest defense company in the world by profit rate. The ratio of the company's turnover with sales to the US Government to the total turnover is around 85%. In the case of the F-35s, the total number of warplanes the US will purchase from Lockheed Martin is 1763. The fighter jets are expected to remain in inventory until 2070.