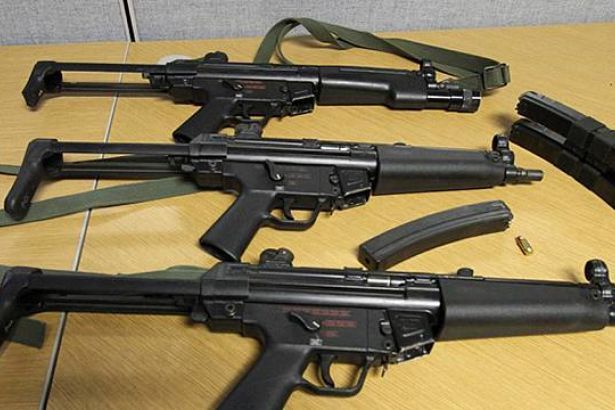 According to the indictment, on July 30, 2016, 15 days after the failed coup attempt, two farmer brothers, İdris (22) and Cesur Demircioğlu (18) had met Mustafa Maraş (37) on their way back and a quarrel of “right-of-way” had started among three. During the fight, Maraş had fired at brothers with an MP-5 gun, killing one of them while leaving the other injured.

Having been arrested in December 2016, the then murder suspect Maraş confessed that he had taken the gun during the coup night. “They had distributed this gun in front of the Ankara Security Directorate during the night of the coup, on July 15. I had never used it. During the panic and fear, I fired it at Cesur three times,” he testified at the court. The court has recently punished Maraş with life sentence for “willful injury, murder, and possessing unregistered firearm”.

Ankara Governorate published a statement back in June 2017 following the allegations and local media news about the unrecorded distribution of guns by police among the civilians during the bloody clashes of the coup attempt.

The governorate claimed that some long-barrelled guns and ammunition had been distributed to the security personnel without any authorization and that all the weapons had been retrieved after the coup attempt had failed while only one MP-5 gun had been missing.

When the coup plotters had been trying to seize the full control of the country on July 15, 2016, some armed jihadists and radical Islamists had also taken to the streets to support President Recep Tayyip Erdoğan’s government against the coup attempt orchestrated by some circles, including the US-based Islamic preacher Fethullah Gülen’s network (FETÖ), the long-time former ally of Erdoğan and his AKP government.

The social unrest about individual armament in Turkey has further increased particularly following the failed coup when some guns went “missing”. Some officials from the AKP government called on its supporters to get armed under the pretext of “preventing possible putsch attempts”.

As several reports show that individual armament is on the rise in Turkey, the Interior Ministry issued a circular letter in March 2018 to allow civilians to possess from 200 to 1000 bullets annually.