The Tripoli-based government in Libya backed by Ankara paid about €600 million to a Turkish company for logistics services, a Russian news agency reported. 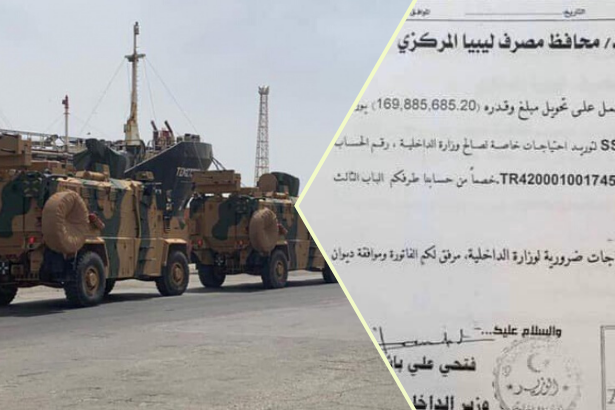 Libya’s U.N.-recognized Government of National Accord backed by Turkey and Qatar funnels millions of euros to Turkish companies for ‘‘logistics services’’ in addition to the ‘Bayraktar’ Unmanned Aerial Vehicles and armored vehicles called ‘Kirpi’.

It is already known that the Tripoli-based government purchases military equipment and supplies from a large number of Turkish arms industry corporations, particularly BMC, a company producing armored vehicles for the Turkish army and police, owned by Ethem Sancak, a tycoon openly supportive of the ruling Justice and Development Party (AKP).

The GNA led by Fayez Mustafa al-Sarraj transferred a total of €570 million to Defence Industry Technologies Inc. (SSTEK) affiliated to Turkey’s Presidency of Defence Industries for ‘logistics services’ between May 13 and November 3, 2019, according to the documents released by the Russian Federal News Agency, RIA-FAN.

The documents indicate that BMC owns 55 percent of SSTEK’s shares headquartered in Beştepe district of the capital, Ankara. 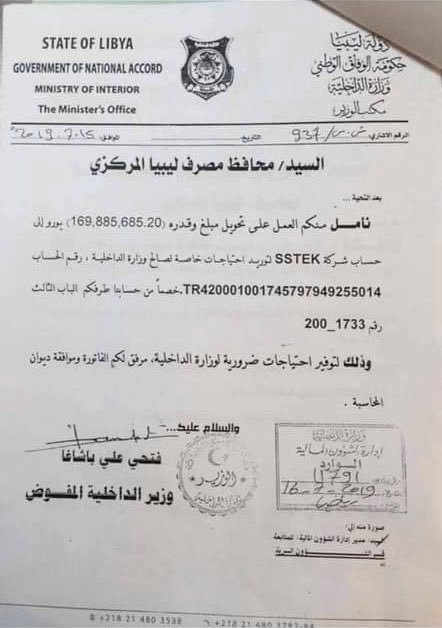 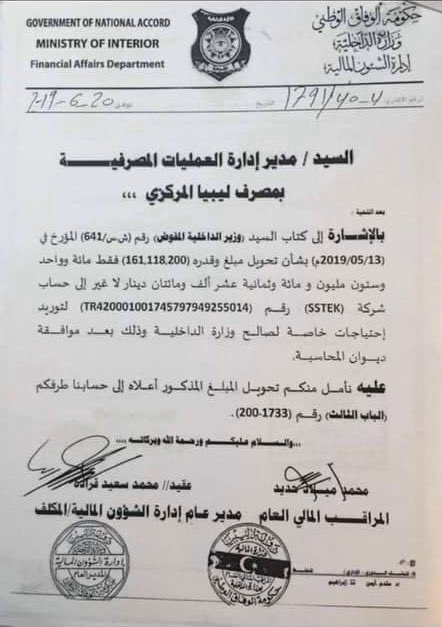 Ethem Sancak, the owner of BMC and a senior member of Turkish President Recep Tayyip Erdoğan’s ruling AKP, serves on Erdoğan’s executive board and is also known to be one of his loyal confidants.

Last year, Turkey’s leading tank factory was transferred to BMC, a Turkish-Qatari private venture as part of everlasting privatization attempts of the AKP government. Upon the criticism and protests from the opposition parties, workers and labor unions, the Turkish President had to deny the transfer of the tank factory run by the Turkish army to a private venture, claiming that the deal didn’t grant BMC ownership of the national tank factory, but merely a right to manage and operate it.

Ethem Sancak purchased BMC, which had previously gone into bankruptcy, from the Turkish government’s Savings and Deposit Insurance Fund (TMSF) for $300 million in 2014. Following his seizure of BMC with a controversial tender, a public debate had sparked about favoritism and the strong relations between Ethem Sancak and the Turkish President Recep Tayyip Erdoğan. His AKP government had awarded the serial production contract to BMC for the mass production of the so-called ‘indigenous’ Altay tank in 2018, which was particularly designated to replace the Turkish army’s German-made Leopard tanks and some aging American tanks.

Since the privatized tank factory was owned by the Turkish army, it has certain national security implications and could not be handed over to foreign companies or nationals. Therefore, the privatization or hand over of the tank factory is in conflict with the existing laws of the Republic of Turkey under Privatization Law No. 4046 and the law on the establishment of the Defense Ministry. However, Sancak had said that the Qatari Armed Forces currently holds 49.9 percent of BMC’s shares currently on paper, while he owns 25 percent and the Öztürk family suggested by the President Erdoğan as a joint venture to Sancak owns 25.1 percent of shares.

Turkish President Recep Tayyip Erdoğan had visited Tunisia last month to meet with his Tunisian counterpart, Qais Saeed. After the visit, officials announced that an agreement between Tunisia and Turkey was signed to purchase Turkish armored vehicles and logistical support via BMC.

BMC had claimed that the armored vehicles and military equipment to be sent to the Tunisian government would be deployed across the Libyan-Tunisian border for border security, particularly following the advance of Khalifa Hafter’s Libyan National Army (LNA) towards the capital, Tripoli, and the Turkish President’s statements to send non-combatant troops to Libya.

In May 2019, the LNA authorities had revealed a shipment of Turkish weapons and armored vehicles called ‘Kirpi’ manufactured by BMC, to the Tripoli port via a ship under the flag of Moldova despite the U.N.’s arms embargo on the country.