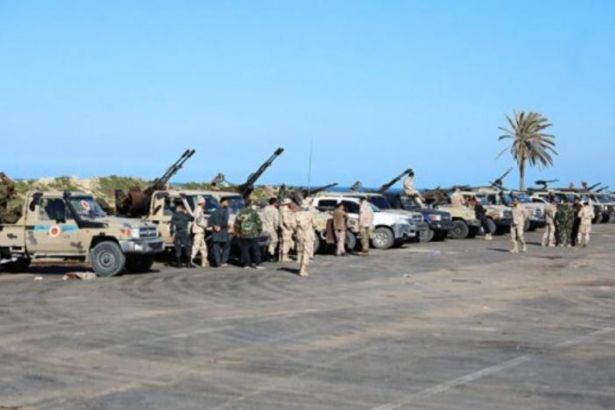 Supported by the United Arab Emirates, Egypt, and Russia, General Khalifa Haftar’s Libyan National Army (LNA) had launched the operation of retaking Tripoli, the capital of the city, reaching its outskirts more than one year ago.

According to Bloomberg, the forces of General Khalifa Haftar, controlling the eastern part of Libya, threatened to launch a severe airstrike against the Turkish targets in the country.

Hami Aksoy, the spokesperson of the Foreign Affairs of Turkey, responded to the announcement.

Aksoy argued in the statement released on the website of the Turkish Ministry of Foreign Affairs that targeting Turkish interests will create a high stakes crisis, and Turkey will regard Hafter’s forces as its legitimate targets.

As a result of the political polarization in Libya started with NATO’s interference in 2011 and continued with the killing of the Libyan leader Muammar Gaddafi, different political and military forces have been in conflict in the country. Rich oil resources are the main objective for armed gangs fighting a proxy war for imperialist forces.

General Haftar backs Abdullah al-Thani, acting in unison with an elected parliament in the eastern part of the country against the UN-recognized Government of National Accord (GNA) in Tripoli.