At least 164 workers have lost their lives in occupational murders in July in Turkey, the Occupational Health and Safety Council (İSİG) has reported, underlining the new COVID-19 cases from Vestel and Dardanel companies. 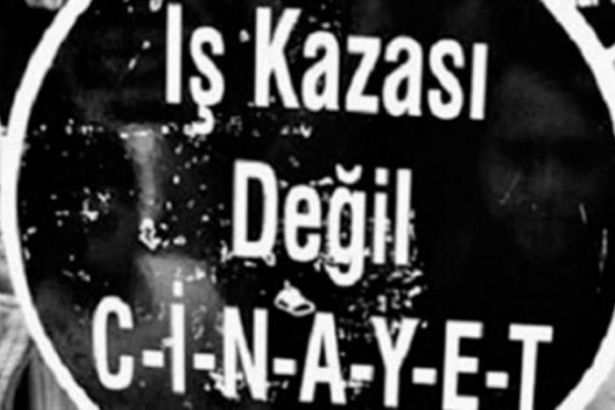 Referring to heavy working conditions and COVID-19 deaths in Dardanel canned fish factory in Çanakkale and Vestel home electronics company's factory in Manisa, İSİG announced that at least 1,098 workers died due to occupational murders in Turkey in the first seven months of 2020.

According to the report:

The number of COVID-19 cases has been on the increase in Vestel home electronics company’s factory in the organized industrial zone in Turkey’s Manisa since the beginning of the normalization process on June 1.

Although 3 workers died of COVID-19 and dozens of them have been diagnosed in Vestel, turning the industrial zone into an epicentre of the pandemic in Manisa, the factory management is hiding the number of infected and deceased workers, forcing workers to work without any tests or measures.

Speaking to soL news the previous days, Vestel workers stated that the number of deaths and infections is much higher and the management is forcing the workers to work 12/7 to compensate the labour loss due to the quarantine. "If not coronavirus, the greed of the bosses will kill us. The number of the cases gradually increases and we do not want to share the same fate as our fellow workers dying young," the workers added.

A canned fish company, Dardanel, in the western city of Turkey’s Çanakkale, also forced all workers into its factory for 14 days in a "closed-circuit working system" after more than 40 workers tested positive for coronavirus.

All workers of the factory, including those who were in quarantine in their homes and those on annual leave, were placed in nearby student dormitories. Workers diagnosed with COVID-19 were brought to the factory with shuttles and worked.

The Communist Party of Turkey's (TKP) Çanakkale provincial organization made a denunciation against the company with a press statement regarding Dardanel’s imposition of slavery conditions on workers under the name of measures against the pandemic, saying that bosses risk the lives of workers for more profit amid the pandemic.

"The company management imperils the lives of both workers and the people who eat this company’s products as Consumers Protection Association announced. Çanakkale Provincial Public Hygiene Council should immediately close down the factory," the statement said.