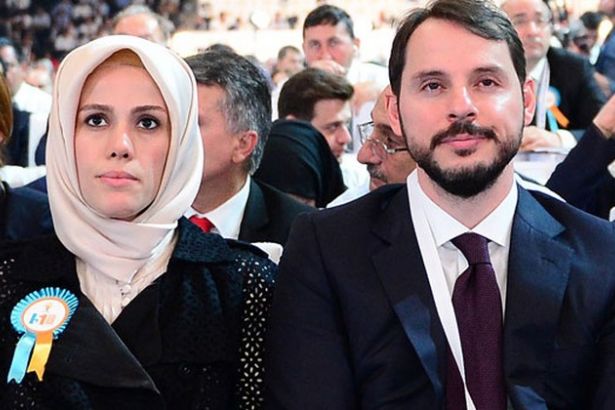 WikiLeaks released personal emails of Berat Albayrak, Turkey’s energy minister and President Erdoğan’s son-in-law. Among many other scandalous emails from Albayrak’s mailbox, a striking email sent by a man named Abdurrahman Babacan from the pro-AKP (the Justice and Development Party) ‘Humanitarian Relief Foundation’ proves that said man complained about some students, including members of the Communist Party of Turkey (TKP) from Boğaziçi University.

Abdurrahman Babacan’s email, which was also forwarded by Albayrak to Erdoğan’s son Bilal Erdoğan, reported information on the communist students who stood against the pro-AKP foundation’s activities at universities so as to provide arms with trucks to the jihadists in Syria.

STRIKING POINTS FROM THE EMAIL

“Yesterday, at the Boğaziçi University Campus, our sisters from İHH [Humanitarian Relief Foundation] opened a stand in aid of the foundation’s orphanage in Uganda. As I saw some students who were screaming at our sisters calling them “murderers”, I interfered in the incident. The students claimed that İHH trucks were carrying arms to al-Nusra to kill the Kurds and Alawis in Rojava. Then 60-70 Muslim friends from our side and nearly 120 students from TKP started to fight, leaving some wounded. I went to the university administration to report the incident. As I got an unsatisfactory respond from he administration, I called the police. … I tell all this because some people are trying to create a chaotic environment through hostility towards İHH and AKP. If such a naïve and “light” university as Boğaziçi is witnessing such incidents, it is obvious that we should be careful. For your information…”

Erdoğan’s ruling Justice and Development Party launched an unofficial intelligence and information network mechanism in Turkey. As the leaked email shows, Erdoğan’s ministers, and unauthorized representatives such as his son Bilal Erdoğan and his advisor Mustafa Varank gather information from AKP supporters in the base, thus target opposition citizens by subjecting them to unlawful sanctions.

Furthermore, a leaked tape recording demonstrated that despite having no official title and duty Erdoğan’s son Bilal designed national education policies, ordering bureaucrats to perform reactionary implementations such as separating girls and boys at primary and secondary educational schools and institutions.

İHH was one of the main organizations of the Neo-Ottomanist initiative orchestrated by Erdoğan and his ruling Justice and Development Party (AKP). The so-called Humanitarian Relief Foundation is known to have played a major role in aggressive policies towards the Syrian people and its legitimate government.

The Turkish foundation participated in many unlawful operations under the supervision of the Turkish National Intelligence Organization (MİT). During the long-term devastating aggression towards Syria, İHH supplied the terrorist jihadists, including al-Qaeda affiliated groups in Syria, with arms and materials via hundreds of trucks in transit through the Turkish-Syrian border.

Russian Foreign Minister Sergey Lavrov also conveyed the UN in March 2016 that arms transfers were carried out in the region via “humanitarian” convoys.

Linked with the Muslim Brotherhood and its affiliations across the region, İHH played role in the Mavi Marmara incident (the Gaza flotilla raid), which resulted in a diplomatic crisis between Turkey and Israel.

During the negotiations to restore the relations between Turkey and Israel as two main US allies, President Erdoğan hypocritically sold out IHH targeting the foundation, "When you set sail you need to ask me. Did you ask the prime minister before you embarked on a humanitarian mission from Turkey to Gaza?"

As one of the main contributors to Neo-Ottomanist dreams of Erdoğan and his party, İHH has been disfavoured by Erdoğan recently together with the downfall of Ottomanism in the region and reconciliation with Israel.