Lawyers from TKP: We will continue to support hunger strikers' fight

Lawyers from the Communist Party of Turkey (TKP) on Wednesday released a statement before the trial of hunger-striking educators, Nuriye Gülmen and Semih Özakça 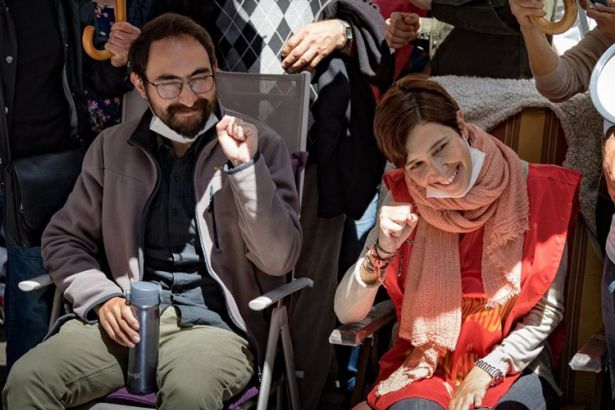 Lawyers from the Communist Party of Turkey (TKP) on Wednesday released a statement before the trial of hunger-striking educators, Nuriye Gülmen and Semih Özakça.

Nuriye Gülmen, a literature professor, and Semih Özakça, a primary school teacher, have been on hunger strike for more than six months after they lost their job due to the statutory decrees enacted by the ruling AKP under the state of emergency imposed after the July 15 coup bid last year.

"Sept. 14 is the date of the first trial but also will be a historical day. While the Supreme Court and the European Court of Human Rights are closing their eyes to these situations, the victims of the delegated legislations are standing up for their rights and will be seated on the guilty chairs for that," the statement underlined.

There have been growing fears for the health of the pair, who are only consuming salty or sugary water, herbal teas and vitamin B1. Last month, the European Court of Human Rights rejected a request by the two teachers to order Ankara to release them on health grounds.

The two have gone on hunger strike to protest against a government crackdown in which they lost their jobs. The authorities locked them away saying their protest was driven by DHKP-C, a militant leftist group deemed terrorist by Turkey.