Lawyers from TKP: New law deals a blow to lawyers

A bill passed by the Turkish Parliament yesterday anticipates changes in many issues. With the new law amendment, lawyers will become informants of their own clients. 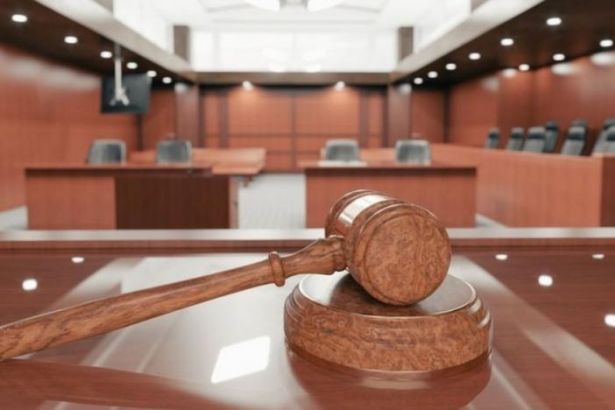 The draft law announced as the "Bill on Preventing the Financing of the Proliferation of Weapons of Mass Destruction" was accepted by the Parliament yesterday. Although the name and justification of the proposed law are presented as the proliferation of weapons of mass destruction and the prevention of terrorist financing, the bill also foresees significant changes in the Law on Associations and the Law on Aid Collection.

A statement came from the Lawyers from the Communist Party of Turkey (TKP) regarding the issue. In the statement, "With the amendment, the lawyer becomes the informant of his / her client. The confidentiality of the attorney-client privilege is not an ethical problem on its own, but essentially an integral part of the right to defense," it was said.

The statement of the Lawyers from TKP is as follows:

The "Law on Preventing the Financing of the Proliferation of Weapons of Mass Destruction" was adopted on December 27. Although its name and justification are presented as the proliferation of weapons of mass destruction and prevention of terrorist financing, when the amendment proposals are examined, it is necessary to amend many laws such as the Law on Associations and the Law on Aid Collection. In this case, it is easily understood that the law in question has the quality of a "bag law", which has become established especially with the AKP government and envisages changes on many laws that are unrelated to a single law. As in other "bag laws", this law also tries to cover the truth. While "anti-terrorism" is placed in the showcase, the interests of the capitalist classes are seen behind the showcase.

With the amendment of the law, a very important change was made regarding the application of the Attorneyship Law and the attorneyship profession. To briefly mention the change in question, with the addition made to the "Law on Prevention of Laundering Proceeds of Crime", it is limited to the transactions such as buying and selling real estate to freelance lawyers, establishing, managing and transferring companies, foundations and associations, identification of the real beneficiary, recognition of the client's situation and Customer recognition obligations such as monitoring transactions, suspicious transaction reporting, giving information and documents, keeping and submitting them are imposed.

In other words, with this regulation, it becomes obligatory for lawyers to report "suspicious" transactions about their clients. Therefore, a lawyer is turned into an informer for his client. Before evaluating this change and its consequences; it is useful to express the pre-legal practice and the current legal situation.

'Confidentiality of the lawyer-client relationship': What does it mean, what kind of consequences does it produce?

Attorney-client privilege is one of the most basic principles of the lawyer profession. Before mentioning the legal implications of the privacy policy; we should state that lawyers do not disclose or do not reveal the information and secrets they have learned due to their duties and relationships with their clients. This principle lays the groundwork for people who need legal protection and support to avoid a new unjust treatment with the information they explain to their lawyers while defending their rights.

Citizens will explain their problems to their lawyer, but they will not be faced with any danger due to the issues that they tell by relying on their lawyer ... Indeed, the right to defense foreseen in the Constitution can only be used effectively in this state, and defending one's own right "by hesitation" will both create a violation of rights and the law. On all grounds, it will remove the person from being a "subject" that can intervene, be a victim at any time and push him into an "observer" position with limited intervention capability.

It is possible to see the legal reflections of the privacy principle in many legal texts. First of all, in the Attorneyship Law, lawyers are clearly prohibited from disclosing the information and secrets that have been entrusted to them and learned due to their attorneyship duty. Lawyers' professional rules, regardless of whether the person conducts their case, regards keeping secrets and keeping secrets secret as the basic principle.

Besides, in the current legal situation, lawyers cannot be forced to testify against their clients due to their work, and if they wish to testify, they can only testify with the consent of the employer. Failure to testify does not constitute a criminal or legal liability before the lawyer. Even lawyers' offices can only be searched by the court decision, and their superiors cannot be searched except in red-handed situations. All these legal regulations ensure that the information in the process of seeking their rights is not revealed, and the lawyer does not reveal the secrets of the individuals whose rights they defend during their rights advocacy.

The frame drawn above is essential; It means the reflection of the right to defense, the freedom to seek rights, and the principle of legal security, which are protected by the Constitution and international conventions. The vested rights we are trying to describe provide protection not only for lawyers and lawyers but also for laborers. Because in many unlawfulness, irregularities, authoritarian reflexes of the AKP government and exploitation of bosses; laborers are at the forefront of those who need to struggle for their own rights both on the political ground and in the legal field.

It is necessary to consider the rights in the current legal situation not only as of the "opportunities" of lawyers but as "the arsenal of all laborers". So, what will change with the legal changes we have mentioned, and what results will occur? Will the "fight against terrorism and weapons of mass destruction" be provided, or will the "legal arsenal of working people" be intervened?

What Does New Legislation Propose? Struggle with Weapons of Mass Destruction? Informant Lawyer?

According to the current Attorneyship Law, lawyers are prohibited from revealing the issues they have learned due to the duties assigned to them. However, with the change, the lawyer becomes the informant of their client. The confidentiality of the lawyer-client relationship, on the other hand, is not an ethical problem per se, but an integral part of the right to defense.

In this sense, it will not be possible for the said regulation to be accepted by lawyers and professional organizations. The fact that lawyers cannot be forced to testify against their clients due to their work stems from the nature of the attorneyship profession and this issue is also guaranteed by the Attorneyship Law. The aforementioned regulation, which encourages lawyers to be informants of the government, should be evaluated as a new dimension of the systematic attacks of the government on the right to defense, in particular for the lawyer profession.

On the other hand, we should state that the regulations regarding the notification of the crime intended by the legislative amendment to the competent authorities already exist in the Turkish Penal Code. Lawyers holding the title of a public servant are already obliged to report the situation to the competent authorities if they learn that a crime has been committed in connection with their duties according to the legal regulation. Lawyers fulfill their duties with the awareness of being a public servant and the responsibility of their professional oath. The aforementioned legislative change is far from having content that could make a change in the level of awareness of lawyers' responsibilities that come from being public officials and lawyers.

The said legal regulation, which tries to keep lawyers away from being intermediaries of “criminal” works (!), Has become obsolete due to all these reasons. Another proof of the meaninglessness of the regulation is that, according to the Attorneyship Law, lawyers are currently obliged to reject what they consider to be corrupt or unfair. Although the government thinks otherwise, lawyers are not people who seek to acquit the crime or the criminal within the protective shield created by the profession. The aim of the lawyer to guarantee the provision of justice in our legal order, which should aim to punish not the person but the criminal act, and the person who committed the crime to be reintegrated into society, cannot be changed by any legal regulation.

Lawyers are used to seeing anyone who is not their own as potential criminals. Lawyers are well acquainted with the state of emergency law, which declares the person who is not himself to be guilty and who invented a crime according to the segment he wants to convict, not a crime according to the law. The laws that contain regulations that will strike the right of defense and the right to claim rights of the people by mentioning about weapons of mass destruction, terrorism, and on the other hand, by establishing the "informant lawyer" institution, cannot be evaluated outside the logic of the state of emergency law.

The government, which perceives bars as criminal organizations, continues by trying to abolish the essence of the right to defend its systematic attacks on the profession of lawyers and tries to eliminate the basic principles of defense with this legal regulation that will be born still. It will not be surprising to anyone that the said regulation does not fundamentally change the way lawyers who have a conscience and belief in the profession do their profession and the fact that the blow by the law will be directed towards the right to defense, not terrorism or weapons of mass destruction.