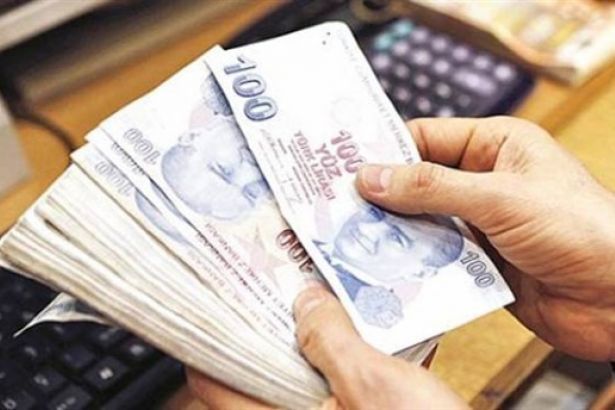 An omnibus economic bill submitted to Turkish parliament by the ruling party was approved by the President Erdoğan. The bill was criticized by the opposition parties as it considers business interest rather than proposing ways to solve the economic downturn.

The Labor Center of the Communist Party of Turkey (TKP) released a statement, evaluating the bill as a savior for Turkey's capitalist class.

The Labor Center states that as the crisis deepens, the capitalist class needs quick remedies in order not to lose money and "that is why President Erdoğan approved the bill as quickly as possible."

"BILLIONS WILL NOT BE GOING THROUGH TAX CONTROL MECHANISMS"

According to the bill, the capitalist groups bringing money, gold, foreign currency and all kinds of capital market instruments from abroad into the country will pay only 1 percent for taxes. "In other words, all the gains that have been hijacked from the state, unfair income, dirty money, untaxed securities, and metals will enter the country freely and be laundered! With this regulation, which is the 5th law enacted for this purpose since 2008, companies are also guaranteed exemption from tax inspection," states the Labor Center.

"Billions of liras, therefore, will not be going through the state's tax control mechanisms", the statement adds.

The new bill also introduces framework agreements called “Istanbul Approach" for the restructuring of the debts of the capitalists to financial institutions. Within the framework of these agreements, financial institutions became the authority to extend credit terms, renew loans, give new loans, but most importantly to reduce or completely abandon any interest, penalty, and capital.

While the incentives introduced for the capitalist class are increasing, the contribution of the employers to the public resources has decreased. On the one hand, energy companies will receive more government grants and the taxes will be reduced for them, on the other hand, working people will be forced to work more to meet the demands of the bosses with increasing taxes, according to the pro-business bill.

"The incentives given to the energy companies is not reflected in utility bills, and the incentive to the automotive sector does not help workers to own cars," says the statement of the Labor Center.

With the latest omnibus bill, the central bank's reserve funds will be transferred to the treasury. This change will weaken the financial structure of the Central Bank, which is planned to undertake different missions in the new period.

The new regulation also gives the Social Security Institution to share personal information of the citizens with the Central Bank. In addition, personal health data will also be shared with the Ministry of Health.

"The dissemination of this information will pave the way for the private insurance system, which will replace the public system. The fact that the personal information of millions of citizens can be received by private institutions will leave the citizens vulnerable against private companies," states the Labor Center.

The statement of the Labor Center finally calls on the working people to organize against this plundering, in which the burden of the ruling AKP's chaotic economic management is laid on the working class.