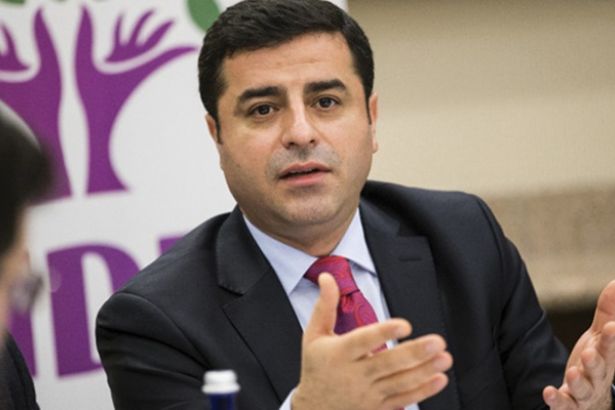 Selahattin Demirtaş, former co-chair of the Peoples’ Democratic Party (HDP), on Oct 29 issued statements regarding the debates on political alliance in the forthcoming local elections in Turkey.

"I believe that the candidates from different political traditions who will represent the conservative grassroots of our political party complying with these criteria especially within the framework of alliances with Kurdish political parties, should be strongly supported in the electoral lists. Yet, of course, the locals of the relevant regions should broadly determine the candidates," Demirtaş, who has been jailed since 2016, said in an interview.

Demirtaş, a leading Kurdish politician, has been jailed on terror charges over alleged links to militant Kurdistan Workers' Party, or PKK, which has waged a decades-long armed conflict in Turkey.

"The upcoming local elections may have important consequences that will determine whether the reconsolidation of the AKP's [ruling party] political power or its downfall. If the AKP’s votes considerably decrease in this local election, discussions on snap elections may come to the fore. In terms of HDP, it would be an indicator that the people still insist on their own [democratic] self-government and democracy models against the political power’s policies based on appointing trustees to the municipalities and the usurpation of peoples’ will," he said.

In a conference in Turkey’s southeastern province of Diyarbakır on Oct 27, HDP co-chair Pervin Buldan had also stated that "the peace process in 2013 was a process that would open a door for a new era in both Turkey and the Middle East."

Calling Turkish President Recep Tayyip Erdoğan's AKP government for renegotiations for "peace" at the conference, Buldan underlined that "This process had also paved the way for peace. And if it wasn’t interrupted, it would have been impossible for the dominant powers to penetrate the region."

Last week, Sezai Temelli, the other co-chair of the HDP, had appealed the AKP to carry out negotiations for "peace".