Dimitris Koutsoumpas, General Secretary of the CC of the Communist Party of Greece (KKE) made a statement after the declaration of the elections in Greece 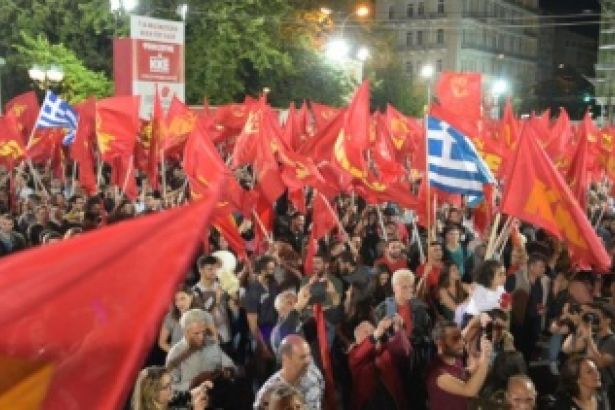 Early general elections were held in Greece on 7 July 2019. The conservative party of ND came first with 39.8% and popular discontent was expressed towards the SYRIZA government, which received 31.5%.

According to KKE, this result was achieved in conditions of the change of the correlation of forces amongst the bourgeois parties, a generalized trend towards increasing conservatism, blackmail, disillusionment that had been sowed by the anti-people political line of the "left" SYRIZA government.

Immediately after the declaration of the results, Dimitris Koutsoumpas, GS of the CC of the KKE, made a statement, thanking all those who voted for the KKE and especially those who took the step for the first time.

"The conditions of the elections, as well as of the European elections a month ago reflected a new correlation of forces between the bourgeois parties with the main characteristic being the superiority of ND over SYRIZA and consequently the change in government, without a substantial change in the political line, with a strengthening of the two-pole system, as well as an overall trend towards increasing conservatism.

The new parliamentary group with the percentage given by the Greek people to the KKE will devote all its forces in the years to come to promote and defend the interests of the working class, popular strata of our country.

The votes of the KKE will be utilized from tomorrow morning in every workplace, neighbourhood, in the schools, in the universities to organize struggles in order to block new measures, in order to bring relief to all who suffer," it added.

The full statement can be found at https://inter.kke.gr/en/articles/The-KKE-will-fight-against-the-new-anti...