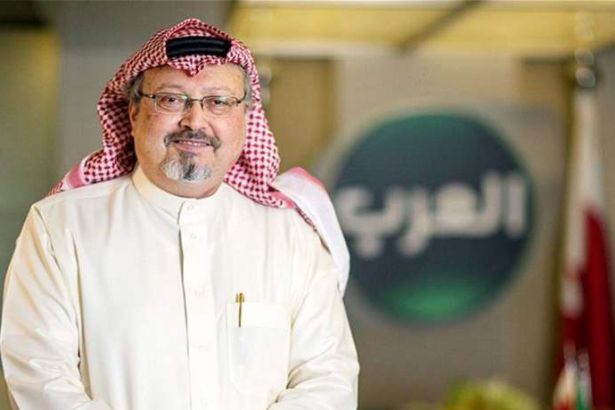 soL News interviewed with Kemal Okuyan, the Secretary-General of the Communist Party of Turkey (TKP), regarding the murder of Saudi citizen Jamal Khashoggi in the Saudi Consulate in İstanbul, and the reflections of the murder on the US, Saudi Arabia and Turkey.

Why did the Saudi authorities admit the murder of Saudi journalist Jamal Khashoggi after days? What took them so long to make a statement? Did not they know they would leave that much evidence behind them?

First, let’s start with the journalism of Khashoggi. We remember the remark, “They are not journalists, but terrorists,” from somewhere, do not we? We do not like this remark that much since we remember it, yet I have to say that Khashoggi has not been a journalist. Let’s say that writing articles on The Washington Post, one of the most reactionary and the most conservative media outlets of the US, would be enough to be called as “journalists”, but, at least, let’s reject the portrayal of Khashoggi as a warrior of human rights, and a libertarian intellectual. This man worked as an expert of public relations for the Afghan jihadists, the servants of the CIA against socialism in the 1980s, as one of the most critical consultants of the Saudi Kingdom until yesterday, a favourite man of the intelligence officers… I am looking up his articles; there is nothing else than the propaganda of the Muslim Brotherhood.

I am trying to tell that he was part of this cruelty and brutality. No one should be killed like this, which is shameful, disgraceful. There are some details that are claimed to be spread from the Turkish authorities, The Wall Street Journal also published them, one of the men who participated in the operation said, “I will listen to music with headphone,” while chopping Khashoggi. I do not know what that is true or false, but I would not be surprised, we do not talk about barbarism for nothing.

However, we should not forget that all the “civilized” world was indifferently listening to the cries of the women who were whipped just because they had been hand in hand with their lovers, or they had driven car, and for some other reasons, does not matter, or because they really had been committed a crime still; and still the worse, who were stoned to death for adultery. Khashoggi belonged to such a “world”. All the media says “violence”. We do not know how true the stories about chopping are, and they do not sound very credible. Yet regardless, we need to ask and protest: The “ordinary” people, who are the victims of the Saudi tyranny, are worthy of that tyranny which Khashoggi faced. Is that so!

To turn to the question, in conclusion, Saudi Arabia admitted that Khashoggi was murdered. According to their recent statement, they intended to kidnap Khashoggi, but the [operation] team took the initiative. Is this story convincing?

It is necessary to think that no states that intervened in the Khashoggi case would tell the truth. There is a great struggle, and a very complicated bargaining. Putting aside the other aspects, we will never reach the truth from this struggle between Saudi Arabia, Turkey and the US. Only a bit of the available findings will be accessible for the public opinion, these will serve the "big diplomacy". Still, we need to talk about on the basis of the available data. First of all, I want to say, some people wrote just as Khashoggi disappeared that this was a great challenge to Turkey and that the Saudis gave a grave message to Turkey with committing a murder in İstanbul. This evaluation is both fantastic and shallow. Well, the world is in the hands of the barbarians; however, such a challenge does not seem wise to me, which is based on the murder of someone, who had some complicated relations and was the fiancée of a woman who is claimed to be a Turkish intelligence officer, at the Consulate building amidst such a sharp competitive environment. Taking the road with a team of 15 people to commit a political murder... That is a poorly written detective story...

But these are true... There are footages...

Yes, that is what I am talking about. Too much realistic. Even after the second day [of Khashoggi's disappearance], some leaked to the media that the Turkish authorities had audio records. Now, they say that the CIA officials have also listened to these records. So, there was a preparation in İstanbul. It is understood that this preparation was beyond the words of Khashoggi who told his fiancée, "Inform the Turkish authorities if I do not go out in an hour." Frankly speaking, I think the devilish and unlawful Saudi Kingdom and its fairly "democrat" favourite Prince somehow fell into a trap. Gathering 15 people for an operation in the Arab world means that you accept paving the way for, at least, a few different intelligence officers there. 15 people would shoot each other in a room!

What could be the goal of the murder?

If we look at the result, Trump gets the biggest share of the damage here. "Without us, you would disappear off the face of the earth," Trump was telling Saudi Prince Mohammed bin Salman not long before 15 days; and Trump's statements favouring and justifying the Prince following the murder of Khashoggi has become a matter of derision, and now, his own supporters are also attacking Trump. Not only the Prince but also the Saudi Kingdom have been severely injured at this point despite the support of such countries as Egypt, Jordan, the United Arab Emirates and Bahrain. After all these, the theories of challenge and of giving messages remain so inadequate. The winners of this business are the Muslim Brotherhood lobby, including the AKP, and the anti-Trump coalition in the US.

The results of such an explicit murder committed by a country within the borders of another country should be evaluated within the frame of the international law, yet what is widely spoken today are the conditions of international relations and polarization. As is seen in this case, have international treaties and institutions lost their validity?

The Saudi authorities incidentally said that "the murder was committed in our territory". That is true from a certain aspect. However, those who committed the murder entered and exited from the scene of murder through Turkey's territories. Moreover, international law does not provide "immunity" for such a murder. But everyone knows that the states around the world commit murders. There is only one country in the world, which does not, would not and need not attempt such business; let's not engage this country's name with this violence.

As you said, exactly, the murder of Khashoggi is part of an international conflict, which is continuing. To speak more precisely, Khashoggi fight murder is one of the inevitable aftershocks of the Arab Spring. The Arab Spring, from an aspect, is the competition between the pro-US secular forces and the pro-US assigned monarchies and the pro-US elected monarchies in the Arab region. Khashoggi was murdered amidst this competition. Speaking about international law, the same goes for the murder of Gaddafi as the case of Khashoggi.

Some pro-government [Turkish] media outlets argue that Turkey has managed this crisis successfully, and that Turkey has followed an extraordinarily successful diplomatic media strategy despite Trump's attempts to cover the murder. Where do you think Turkey is in this crisis?

I think I already have answered this question. Turkey is at the centre of this crisis; and yes, the AKP has successfully run the process on its own part.

As you have just pointed out, Khashoggi's past is known, he was not a libertarian person. However, some far-right circles in the US also talk about this truth. Moreover, some social media accounts close to the Saudi dynasty are talking about Khashoggi's Islamism.

These are all hypocritical. Well, I have also encountered such evaluations. In the world of barbarians, they suddenly become the advocates of human rights or progressive people whenever they want. That is really disgusting. Look, the dead body of workers was found stuck in a manhole cover yesterday at İstanbul's third airport construction site. Nepalese cleaning workers found the body... It is still unknown what country the dead worker, more precisely, the killed one for profit, came from. That is an international airport! The burnt workers, the workers trapped under the demolished walls, the workers who died on truck dumpers... They are not columnists of the Washington Post. Nobody records their death. The barbarians never take off their headphones; I do not think they listen to music, the agony of the millions is a victory march to them.