Kemal Okuyan: "We can win through the pandemic"

soL news columnist and the General Secretary of the Communist Party of Turkey (TKP), Kemal Okuyan, comments on the opportunities for working-class, in face of the COVID-19 pandemic and capitalism's crisis. 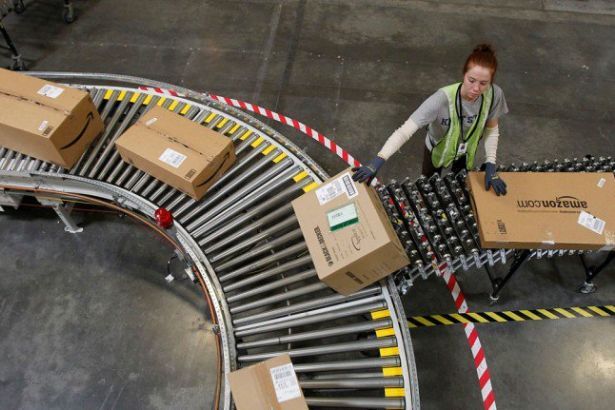 We call the small-scale producer ‘opportunist’ for selling sanitizers at a high price and publicize them in media every day. The number of them increases every day. These small-scale producers produce masks, sanitizers, cologne. A very small number of them will make good money but the majority will disappear from the market and go back to their small worlds once the pandemic ends.

There is a truth that those who earn during the pandemic do not want the pandemic to end. They do not care about child labor working under unhealthy conditions to earn a few pennies because they want to make good money through the virus.

There is no fundamental difference between ‘small players’ and Amazon that multiplies its profit during the pandemic. Amazon is getting better owing to the rich and the middle classes that do not want to accept they are subjected to proletarianization, all of whom do shopping online to feel better.

The bravest and heartless sanitizer producers make a profit the same way.

The two examples search for and find cheap labor on a world scale.

The ‘small-scale hand sanitizer producer’ poses no importance for the global political economy. Amazon and similar companies are important actors of the world order and they are in constant fierce competition.

The interest of Amazon and the small-scale hand sanitizer producers working below stairs is the same: this pandemic shall continue!

It is not because capitalism is bad but because the politico-economic dynamics of capitalism work that way. The capitalists would, of course, like to gain from the virus.

A conspiracy theorist could argue that Amazon is behind the pandemic! There are indeed people who make this argument. However, Amazon only makes a profit out of it. There is no company that can overrule its enemies and win for itself on a world scale.

Capitalism is so irrational that it becomes unfunctional in the face of a virus that could be controlled in a socialist order. Capitalism has been ruined, and big and small actors want to make it an opportunity. In this way, the heavy cost of the pandemic would be paid by the working classes.

It is useless to question how the virus came to being. The scientists say COVID-19 is a natural consequence of evolution. Let’s assume these scientists are bought for such an argument. Let’s assume the virus was developed in the US laboratories, and it leaked on purpose or by mistake. There is a bigger picture to make such arguments useless: The world is questioning the sustainability of capitalism. The conspiracy theorists would like us to believe there is an invisible enemy that knows everything, plans everything and controls everything. Nonsense! The enemy is capitalism as a system and it cannot control everything, it cannot even do proper planning.

Capital neither likes planning nor can do the planning!

But capital is very opportunist.

Now all capitalists are seeking profit. That is the opportunism of COVID-19.

The IMF and other financial powers are doing a long list of countries that would be drowned with debts.

The pharmaceutical companies already seek to share the cake.

The companies which supply medical equipment to the capitalist states would grow in power.

The big companies would advance their interests by firing people and benefiting from economic incentives provided by the public funds.

The small players in the market will not be able to handle the virus and go bankrupt. The tendency for monopolization will become most visible during the catastrophe. The big fish will eat small fish.

The unemployment will increase, the wages will decline, and the weapons of the working classes, such as strikes, will be forced to become dysfunctional.

Certain states will reach their peak of authoritarianism, outlaw any opposing voice in the name of ‘raison d’être’, and limit the rights and freedoms of the working classes to promote the interests of capitalists.

These are the opportunities presented by the COVID-19.

Can we still make this virus an opportunity for the working classes even if they are so disorganized? This is a very crucial question because there is one clear truth: The pandemic has deepened the crisis of capitalism and initiated a process whose consequences are unknown. When the pandemic is over, the problems of capitalism will not be solved!

The answer is simple: Yes, we can make the virus an opportunity.

OPPORTUNITY FOR THE WORKING CLASSES

This capitalist social order is finished for thousands of millions of people. People no longer believe in capitalism. This is an opportunity.

Everybody has seen the consequences of the privatization of the health system. With a little bit more effort, we can tell people how the dynamics of the market pose a catastrophe. This is an opportunity.

The Trump administration forgets to stock medical masks and has a number of ventilators that is not even enough for one state while multiplying nuclear power. This is an opportunity.

Equality is no longer an abstract concept but something to look forward to for the millions of people who have to go to factories and offices in the face of the ‘stay home’ campaigns.

It has become clear that religious fundamentalism is not applicable to only one religion or region but hostility against science and bigotry exists in Israel, the USA, Turkey, and anywhere that is ruled by capitalism. This is an opportunity.

Even if the governments say ‘we will be victorious’, the crisis of capitalism will continue. This is an opportunity.

We need to see the opportunity posed by the virus.

We cannot let Amazon or small-scale hand sanitizer producers or other exploiters win. What they call an opportunity is immoral.

The COVID-19 pandemic should be beneficial for humanity to wake up and get on its feet. It is most virtuous to give efforts in this direction.