General Secretary of TKP, Kemal Okuyan, was interviewed about the general political atmosphere in the elections period of Turkey and TKP's plans regarding the elections 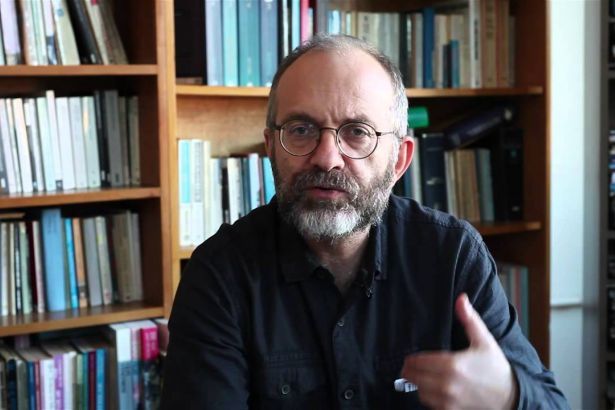 General Secretary of the Communist Party of Turkey (TKP), Kemal Okuyan, was interviewed by soL news about the upcoming local elections on March 31 in Turkey. Okuyan gave two interviews to soL in Turkish as the election period has been continuing with new developments and the strategy and preparations of the communists of Turkey regarding the elections have been clarified. For soL International readers, we have prepared a summary of these two interviews, including the questions that might interest international readers the most.

Kemal Okuyan: "We are going to be everywhere"

Yet again, Turkey is in an election period and the election itself is started to be pointed out as hope for 2019. Do you also think that a change is possible in 2019?

There shall be no hope stemmed from any strategy that is only election-centric. We're constantly telling this, and each time after an election, people say that we were right, however, then the same sentiment emerges again. This is so because the essence of the matter is not grasped. The essence is not that Erdoğan or AKP [the ruling party] will win in the elections in any case. There is no such rule. Despite all gerrymandering or taking benefit from all the means of the state, Erdoğan may lose an election. It is, of course, important that people are not organized, or what's worse, there is no desire of the opposition parties to protect the ballots against any kind of trick. Yet this deficiency can be overshadowed by other things. For instance, a political power that has backed the government so far may withdraw its support abruptly so that an election trick works no longer. Alternatively, AKP may lose Ankara or Istanbul provinces, which is possible and I hope so... On the other hand, in order for hope to arise or for change to happen, there should be a clear distinction between the winner and loser. In almost every districts, the difference between municipalities of AKP and CHP [main opposition party] is limited to 'alcohol license'. Doubtlessly, that license issue should not be underrated, because it's a symbol of reactionist intervention to the texture and culture of the city. However, there is no principal difference between those parties when it comes to allowing the urban life and its resources to be plundered by capitalists and this is the essence.

Considering the controversial environment after each election period because of electoral injustice and absence of safety technically, how come the elections excite people to that extent?

People are helpless. Unorganized people always feel helpless. Today in Turkey, those who do not feel helpless are the ones who are fighting. For instance, the workers of Flormar are away from feeling helpless just because they're resisting, struggling and fighting for their rights. How can one who is not doing anything but voting annually or bi-annually be hopeful? So, I don't think there is an excitement. Right now there is an effortless expectation thinking "let's see" or "what if it works". This should be present, otherwise, masses cannot keep their daily lives going.

Why is this so?

We've been saying for years that the parliamentary opposition in Turkey wants to maintain the existing order with a “softened” AKP. Despite being seemingly anti-Erdoğan, this kind of acceptance actually revives him. But they have no other remedy. They don't want the anti-systemic social dynamics to get mobilized against the existing system, therefore they have to restrain this. That's why they're infecting our people with the argument of "Turkey is conservative". "Turkis people are right-wing, Turkey is conservative..." That is partially true. However, by doing so, they are calling on our people to be surrendered by the right and conservatism. Then they are making a fuss about the fact that people run away from Turkey. You are confronting AKP by coming up with a candidate who was in AKP! Doesn't it result in nothing but deepening pessimism of the people?

The list of the parties eligible to take place in the elections announced by YSK (Turkey’s Supreme Electoral Council) includes TKP. Some non-parliamentary left-wing parties are disqualified to participate in the election. How do you evaluate that?

The Communist Party of Turkey (TKP) was also qualified to participate in the last election back in June, yet YSK decided to implement the concerning legislation in a different way by misinterpreting it and prevented our Party from taking place in the elections like many other parties. We had to participate in the elections with independent candidates. From then on, we struggled against this unjust practice and blocked it. As far as I know, there are 3 parties who have already contested the decision and I hope those objections are accepted because YSK has no legal basis for this practice. In many cases, TKP will develop policy in order to invalidate the attempts to remove the values of the left movement in Turkey. We will experience an electoral period in which the socialist alternative will be strengthened in Turkey. In 2015 we took place in the elections as KP (Communist Party) and resisted against the winds of liberalism. It was not important how many votes we got; the important thing was to represent the resistance and reason. Then, in the repeated election, more people backed that resistance and reason. Back in 2018, the same "game" was played for the general elections and this time we stood against that game with independent candidates. We were not burning daylight. Everything we did has left a mark. We met with large numbers of people; workers of Turkey justified us. Now there is no trace from the fuss of 2015 nor the community pressure of 2018. Because fake hopes have fizzled out one by one. Our task is tough, but we will do better in what we already know; we will be the voice of patriotism, secularism, and working people in Turkey. We are aware of our responsibilities. TKP is returning back more powerfully.

In the statements of TKP and the interviews held with you, it is seen that you are focusing on municipal councils. You stated earlier that your works are ongoing in order to nominate candidates in some districts to build alternative municipalism. How is this process going?

TKP has never got away from responsibility; we have always tried to do what is needed. We are responsible for helping people overcome their desperation as well as standing against the right-wing, capitalism, imperialism, bigotry, injustice, and inequality. We will carry this out. We do not intend to play unfair. This task requires to be assertive. We will have communists elected for the councils as many as possible to promote people's rights against rent-seeking, exploitation of labor, destruction of nature, hostility towards art, and apologists of capitalism. It is possible to have municipalism in favor of people, even in the existing system. It has been proven in Ovacık [a county in Tunceli province that has a communist mayor]; we will work to increase similar experiences. Moreover, we encourage revolutionary people, who seek to smash the game of the bourgeois parties, to be a candidate from TKP. We will be in every district of Turkey for mayorship and councilorship. We are not selecting watermelon here, we're fighting for the future of Turkey. We shall not leave our people choiceless against bosses, capitalists, reign-lovers, compradors, and reactionaries.