Jihadists transferred to Libya by Turkey are escaping to Europe: Sources

According to the sources, Turkey-backed jihadists transferred from Syria to Libya are escaping to Europe via Italy. 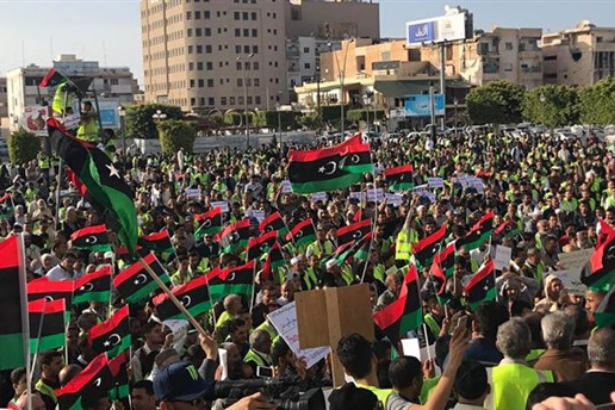 Egyptian independent journalists’ Hafryat news shared a report of the Syrian Observatory for Human Rights on the fighters in Libya. The report states that some of the mercenary jihadists transferred by Turkey from Syria to Libya have escaped from the front en route to Italy.

Some Arab media outlets reported that Ankara was paying $2 thousand per month to the Syrian jihadists and granting Turkish citizenship to them in exchange for fighting along with the Libyan Government of National Accord (GNA) forces against Khalifa Haftar’s Libyan National Army.

Some of the fighters from Turkey-backed Free Syrian Army are reported to request asylum in Italy while some others went to Algeria to reach the EU countries. According to the sources, the AKP government has cut off the pays of the jihadists who escaped the fronts in Libya.

Hafryat news also shared a report of French Le Monde, claiming that thousands of mercenaries transferred from Syria to Libya have escaped to Italy. The report states that as France supports the Libyan National Army, Paris has warned Rome about Turkey considering that the Italian government is moderately approaching the GNA.

The sources argue that the situation is ironic because as Turkey prevents the refugees from entering into Europe, the same people find ways to access Europe via Libya.

Hafryat news reminds that under the rule of Muammar Gaddafi, who was toppled down in Libya during the so-called Arap Spring, Libya had become the first African Union country to sign the first international Convention for the Elimination of Mercenarism in Africa in 1977.