Istanbul's Taksim Square is closed to workers again on May Day 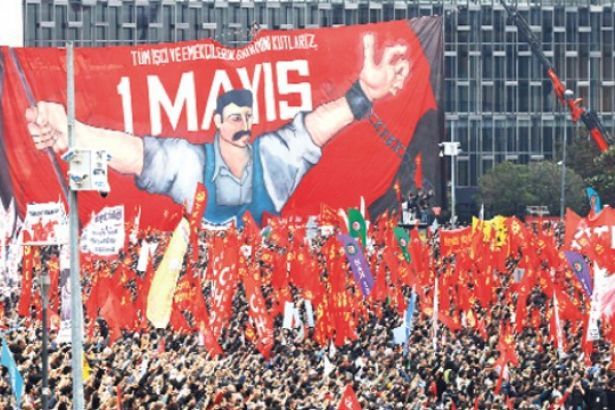 Taksim Square has been iconic particularly since the year of 1977 when approximately 500,000 citizens gathered in the square for the International Labour Day celebrations. During the great rally, 36 persons were killed and around 200 citizens were injured upon the counter-guerrilla fires coming from the Marmara Hotel and the water supply building nearby the square. The bloody incident is referred to as the Taksim Square massacre in Turkey’s political history.

Having been closed to the workers for years under the rule of AKP until 2010 when hundreds of thousands gathered for the May Day, the government closed the square again in 2013 under the pretext of “security concerns”.

The iconic square also witnessed the colossal anti-government Gezi Park protests and rallies in June 2013 around the square adjacent to Gezi Park. 8 were killed while hundreds were injured during the protests that spread through the whole country.