After the completion of the counting process in Maltepe, CHP candidate Ekrem İmamoğlu is going to take his certificate for the mayorship 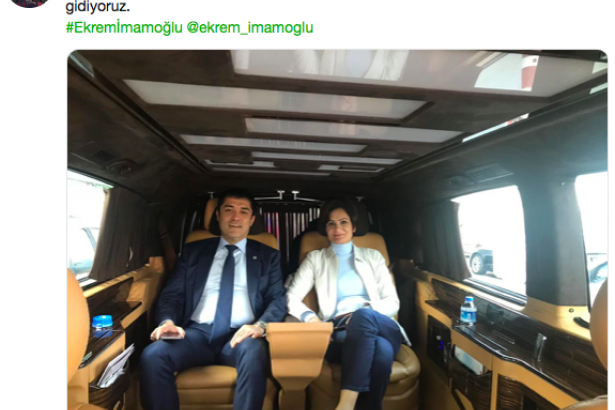 CHP Istanbul Provincial Chairman Canan Kaftancıoğlu from her Twitter account said: "we are on our way to take the certificate."

Ekrem İmamoğlu, the opposition party CHP's candidate, is to go to Istanbul Courthouse to take the certificate, according to the sources.

After losing Turkey's biggest city Istanbul's municipality in the local elections of March 31 to the opposition party CHP, the ruling AKP has appealed to the results of several districts in Istanbul. The CHP candidate was not given his official certificate for mayorship since the recounting was still in progress until today.

AKP Deputy Chairman, Ali İhsan Yavuz, submitted the ruling AKP's appeal for the annulment and renewal of the Istanbul elections to the YSK yesterday.