İstanbul’s gas distribution company workers contacting Turkey's worker solidarity network, PE, are concerned about their health as the management shut down the service building so late after their co-workers tested positive for COVID-19. 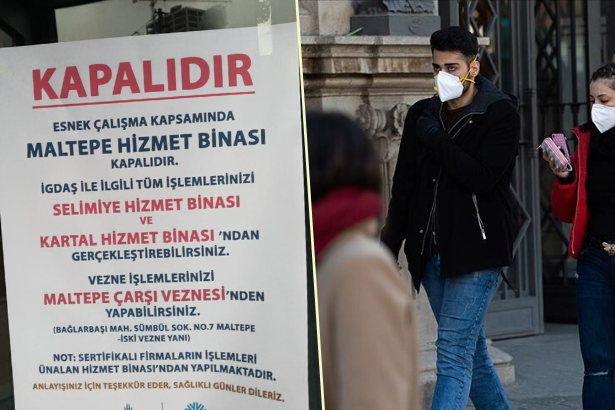 The workers of İstanbul’s Gas Distribution Industry and Trade Inc.(İGDAŞ), currently the largest natural gas distribution company in Turkey as an affiliate company of İstanbul Metropolitan Municipality, have contacted the worker solidarity network PE, expressing their concerns about their health and live due to insufficient COVID-19 measures.

One of the workers, Bengül Demirel, lost her life after the workers have contacted PE. Demirel was discharged from the hospital where she was treated for COVID-19 on Wednesday but lost her life on Thursday evening.

Noting that, in early March when the first COVID-19 cases were reported in Turkey, they submitted their offers and demands on necessary measures to their managers and to the company’s General Management, the İGDAŞ workers stated that their demands were ignored and no serious measures were taken.

The workers have reported that although 2 workers were tested positive for COVID-19 in İGDAŞ Service Building in Maltepe, which was only recently closed down, the building continued running. The positive cases have now reached around 20 workers, the workers added.

“Among them, we have heard of 5 for certain. 4 of them have been hospitalized, and another is receiving treatment at home. e do not know the conditions of other 15 fellow workers,” İGDAŞ workers remarked, pointing out the situation has worsened because the service building was not closed down earlier.

Thinking that the actual number of the positive cases in İGDAŞ building may be hidden by the authorities, the workers have expressed that it is hard to reach reliable information. “2 drivers also have been tested positive for COVID-19 in Avcılar Service Building in İstanbul,” informed the workers, saying that one of them is receiving treatment in the intensive care unit.

Another İGDAŞ worker talking to PE has added that neither the Turkish Energy, Water and Gas Workers’ Union (Tes-İş) which they are members of, nor any İGDAŞ officials have properly concerned about the matter. After the confirmation of the first COVID-19 case in their building, the workers even took their tests with their own means, the worker reported.