Burger King workers in Istanbul were fired for standing against mobbing and sexual harassment and refusing to sign on documents enforced on them. They declare that they will neber bow down but continue to fight. 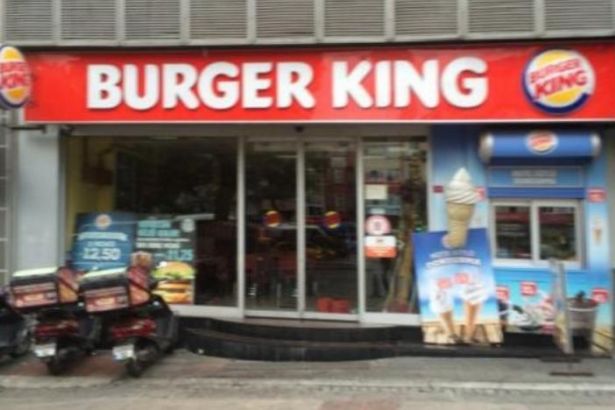 Burger King workers in Beşiktaş district of Turkey’s largest province İstanbul recently made a declaration, demanding the improvement of their working conditions, the end of mobbing and harassment, the readjustment of their below-minimum wage pays, and the full payment of their salaries.

Following the day they demanded their rights, the workers were fired. They stated that their boss told them to wait for fifteen more days, trying to force them into signing documents after they tried to leave their jobs because the boss was covering up anti-worker approach and sexual harassment in the workplace.

The workers declared that they are determined to continue fighting against unlawfulness and usurpation of their rights.

They say that many other workers were previously fired or had to resign due to inhumane working conditions in Burger King in Beşiktaş.

“A worker with a foot injury, who was exhausted from endless overtime working periods, fell asleep on the radiator, and was later fired from. The Burger King management then threatened other workers by sending the worker’s photograph showing him asleep to the WhatsApp group chat," the workers said.

"They harassed a worker for drinking a larger size cup during a meal break, telling him to transfer his drink into a middle size cup. This worker had to resign to protest that “a larger size cup was considered too much for them all the while they are being deprived of the right to clean clothes, healthy drinking water, and healthy nutrition.”

Burger King workers previously made a statement, announcing the foundation of their solidarity network under “We Breathe Down the Bosses’ Necks” (PE), Turkey’s class solidarity network which was initiated by the Communist Party of Turkey. PE continues to bring many workers together in their fight against exploitation to gain many achievements by organizing solidarity networks in workplaces and work fields, such as the Burger King branch in question.

“We are the young workers from Burger King. Some of us are trying to make our pocket money as some schools are still closed. Some of us are helping our families.” The declaration then adds that there are workers in their 20s and younger than 18.

The workers are forced to work under heavy workload, mobbing, short break periods, and paid below minimum wage by being falsely registered as part-time workers, even though they work fifty-four hours a week. The declaration reads, “We face the pressure of completing a great amount of work with few employees, mobbing, sexual harassment, long periods of overtime along with exploitation. We say enough with this way.”

The Burger King workers invite fellow workers to stand together for their demands below:

1. Our missing salaries should be paid at once. Overtime should be ended.

2. We want the right to humane break periods! 15 minutes of lunch break and 5 minutes of bathroom breaks are inhumane.

3. Large workloads on few workers to avoid extra expenses should be fixed by hiring more workers.

4. We woman workers are constantly exposed to physical and psychological harassment by our managers. Harassment at work should immediately be ended and persons involved should be dismissed.

5. We know that the verbal, psychological, physical violence and threats to intimidate us are only there to intimidate us. All kinds of violence in the workplace should immediately be ended.

6. Fast-food is forced on us. We are not given drinking water. Health-wise appropriate food or food cards with adequate money should be provided by the company.

7. We do not accept our off days to be seized or given days off despite our will.

8. We should be provided with enough substitutes for our work clothes which we wear all day long. The hygiene of work clothes is the company’s responsibility. We have the right to clean work clothes.

For all the reasons above, we announced the foundation of PE Burger King Workers Solidarity Network, and invite all Burger King workers to join them in their fight against exploitation, mobbing, and sexual harassment in the workplace.