Istanbul is under risk of bigger disaster today, 20 years after great Gölcük earthquake

20 years after the great earthquake in Turkey's Gölcük, where over 18 thousand people were killed and more than 40 thousand were injured, the safety measures are still not sufficient and the risk becomes serious as the government ignores to take the necessary steps hand in hand with the construction capital in Turkey 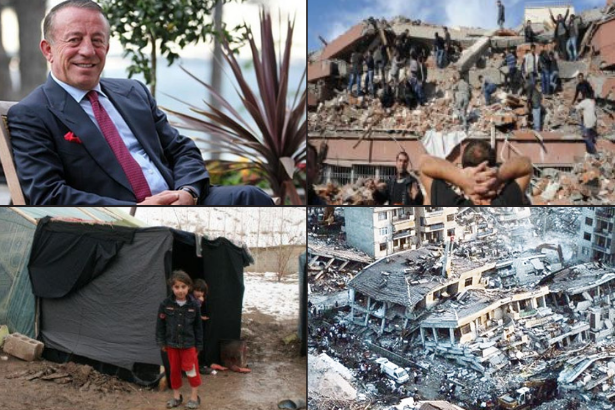 According to official figures, after the great Gölcük earthquake on August 17, 1999, 18.373 people died in Turkey, more than 40.000 were injured and 505 were disabled. 20 years after the earthquake, the risk in Istanbul is still there. The government is preparing to bury people under the ruins once again hand in hand with the construction capital.

German seismologist Dr. Marco Bohnhoff, in an interview published this week, stressed that the expected earthquake in Istanbul is certain. Bohnhoff said that the magnitude of the earthquake would be between 7.0 and 7.4.

While the risk of an earthquake in Istanbul is being discussed, the past decades have witnessed the city's uncontrolled surrender to capital and the public resources that should be used for an earthquake to be handed over to the capitalists.

Over 20 years after the Gölcük Earthquake, where Turkey lost nearly 18,000 citizens, minimizing the damages of the possible earthquake was everyone's concern, but the government and capitalists did not have such an agenda.

After the Gölcük earthquake, 480 tent areas were determined for a possible earthquake in Istanbul. Green areas and vacant lands are generally preferred for the areas designated as tent areas, but these areas have been the target of rent-seeking activities in the following years and nearly 90 percent of them were allowed reconstruction.

Cemal Gökçe, the then president of Istanbul Branch of the Chamber of Civil Engineers, had noted that some of these areas were used for shopping malls and some for luxury houses.

“This means that in a country where one million people are homeless, there is no tent for people to stay. The remaining 10 percent of the area is a very large part of the coastline. Nature can take back what it gives in these areas,” Gökçe had reminded.

SHOPPING MALLS TO BE USED AS SAFETY SHELTERS

A good example of the rent-seeking activities targeting the tent areas in Istanbul is the “Pragon Residence" that was built on a 180-tent area in Bostancı. Another example is the residence built on the land of the Armenian Foundation with a capacity of 185 tents in Ortaköy.

The Çağlayan Courthouse, which was built on a 700-tent area in the Abide-i Hürriyet Park, is boasted of being the largest court of justice in Europe.

Investigations carried out in 480 tent areas determined in 1999 show that there are plenty of shopping malls, residences and luxury buildings built on these lands.

CAPITALISTS ARE DETERMINED TO BURY PEOPLE

Ali Ağaoğlu, one of the biggest capitalists, said in a statement in 2009 that he sold the construction materials of most of the buildings built in the 1970s on the Anatolian side of Istanbul and these buildings would collapse easily.

Ağaoğlu said that he took sand from the Sea of Marmara. “All the companies were doing the same thing. In case of an earthquake, even the army cannot enter Istanbul, ones who die are lucky,” he admitted. The tragedy in these words was that Ağaoğlu was saying all of these while seeking new lands to plunder.

ONCE UPON A TIME: EARTHQUAKE TAX

The earthquake tax, which began to be collected after the Gölcük earthquake, was initially collected temporarily. Then, with a law adopted in 2009, the tax became permanent. It was collected from the sale of almost every product from electronics to food.

After the earthquake in Van, where 570 citizens were killed and 2 thousand 555 people were injured, the victims had to stay outside in freezing cold with no shelters.

Nihat Ergün, the minister from the ruling AKP of the period, said in his statement that there is no such tax as ‘earthquake tax and argued that it was political abuse to ask what happened to the earthquake tax.