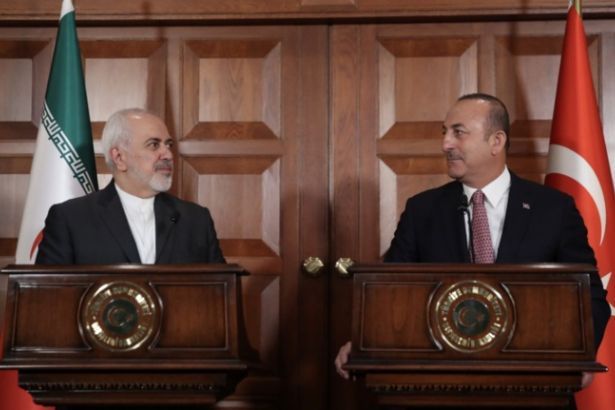 Iran’s Foreign Minister Javad Zarif met with his Syrian Foreign Minister Walid Al Muallem in Damascus on Tuesday. In his statement after the visit, Zarif called on international community “to respect Syria’s sovereignty and territorial integrity”.

Zarif arrived today in Ankara after meeting with Syrian President Bashar al-Assad. He met with his counterpart in Ankara, Mevlüt Çavuşoğlu. Commenting on the meeting, Zarif said he would present his report about his talks with Assad to Erdoğan.

Talking about his meeting with Zarif, Çavuşoğlu said: "We were not thinking the same with Iran about Syria, especially in many fields." Turkey's foreign minister Çavuşoğlu also noted that Turkish government decided to cooperate with Iran and Russia for a political solution in Syria and the benefits of this cooperation were seen through the processes of Astana and the Sochi.

In order to reach the 30 billion dollar trade volume target with Iran, Çavuşoğlu said that there are issues to be worked and the parties have discussed "how to establish new mechanisms such as INSTEX, as Cevad Zarif said, in addition to the existing mechanisms."