Workers of the building site of İstanbul International Finance Centre raided the cafeteria where bugs appeared in the food repeatedly despite their warnings. 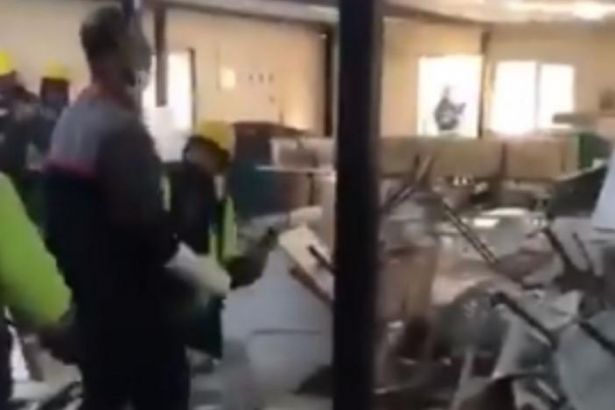 Construction workers of the building site of İstanbul International Finance Center of a well-known construction company in Turkey, Kalyon Holding, protested against the unhealthy conditions by raiding the cafeteria where bugs appeared in the food many times despite the warnings.

One of the workers who is a member of a Council of Workers’ Representatives said:

“After we ate our lunch, we were resting outside. Then, we heard outcries. When we went to the scene, our friends said that there was a big cockroach in the food. Following that, we showed our reaction. We went to the cafeteria and protested by knocking over chairs and tables. Everybody shouted as ‘This will be the justice from now on’. We asked, ‘What do you give workers to eat’? Cafeteria directors ran away, workers dispersed. Then, subcontractors came and said that they will handle it."

The workers were told that the employers will fire and sue everybody who joined in the protest.

Kalyon Holding is one of the biggest construction companies that is known for its close relations with the ruling AKP and Erdoğan. The group increased its profits during the AKP’s ruling, especially after winning many public-private partnership tenders.