An indictment was prepared against the workers of İstanbul’s third airport, who had been taken into custody for engaging in action for humanitarian and shelter conditions 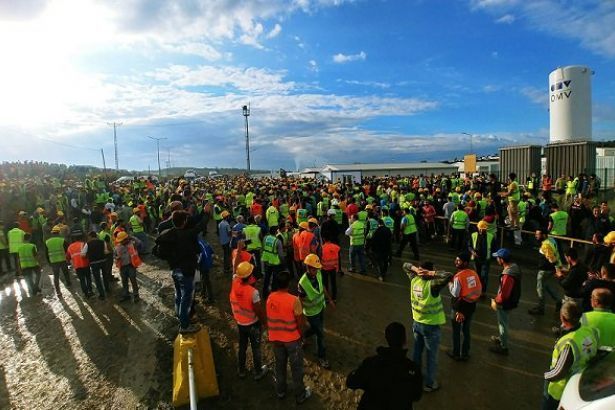 An indictment was filed against the workers of İstanbul’s new airport, who had protested for humanitarian working and housing conditions back in September. The indictment was prepared by the Gaziosmanpaşa Chief Public Prosecutor's Office, Terrorism, Smuggling, Narcotics, Economic and Organized Crime Investigation Bureau.

The date of the trial has not been decided yet.

The accusations against the workers in the indictment are: prevention of performing duty, violation of the freedom to work and labour, damaging the public property and attending meetings and demonstrations with "weapons or equipment."

The inauguration ceremony of the new airport was held on October 29, although 25 thousands of workers were still working at the construction site while some flights were launched despite security risks.

Apart from long working hours, mobbing and inhumane working and living conditions at the construction site, the exact number of the workers who had been killed due to work-related deaths has remained uncertain.