The opening ceremony for the 2019-2020 Judiciary Year takes place in the Presidential Palace. Lawyers, judges, and prosecutors waiting in line at the doorsteps of the Palace can enter the ceremony only after being searched for security purposes 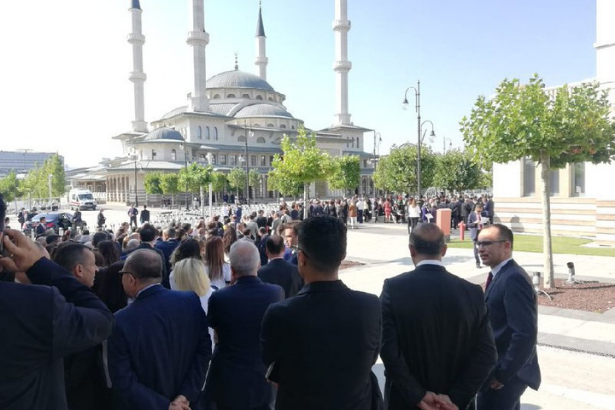 The members of the judiciary have formed a long queue at the door of the Palace. The prosecutors, judges and lawyers could enter the building only after being searched although President Tayyip Erdoğan said the Palace was “the home of the people, not himself.”

Some of the journalists invited to the event by the Supreme Court were not allowed into the event because they were vetoed by the Presidency.

Hüseyin Aygün, a former MP from the main opposition CHP, criticized the photograph depicting the queue in front of the Palace through social media and commented, “These people are judges and prosecutors of the republic. They are waiting at the doorsteps of the Palace. They are allowed only after a security search. This is a photo showing that the Judiciary has become a branch of the Palace.”

42 bar associations across Turkey and some 20 members of the Court of Cassation boycotted the ceremony, issuing statements against the place of the ceremony and not attending.

Boycott against Erdoğan grows as judges of Court of Cassation join