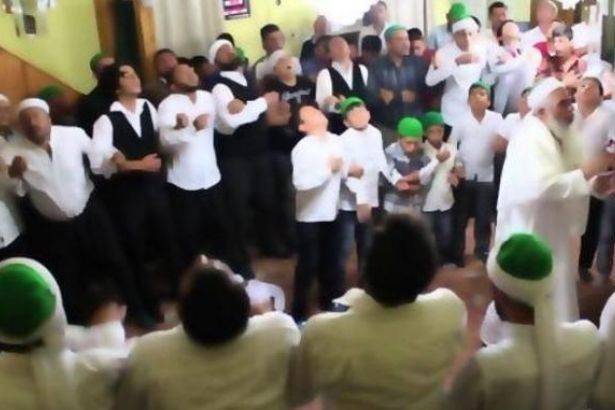 One-third of educational institutions in Turkey have strong ties to religious sects or cults, according to a report prepared by an educational policy expert, Professor Esergül Balcı. Nine percent of those who claim to be members of a sect or cult reject the usage of "moderate Islam" discourse and believe that the essence of Islam is jihad.

The number of students studying at schools affiliated with these religious sects and cults is over 210 thousand, the report also indicates.

According to the field study carried out by Balcı, there are 30 religious sects and 400 branches connected to them in Turkey. The number of Islamic lodges overtly carrying out activities only in İstanbul is 445.

Balcı also notes in her research that the number of places used as "apartment madrasah" in İstanbul is unknown.

Underlining that the number of madrasahs in the city centers has dramatically increased since the Justice and Development Party (AKP) has come to power, the report points out that the Quran courses are now carrying on their activities under the auspices of associations, especially in the eastern and southeastern Anatolian regions.

One of the methods used by religious sects and cults to be organized or gain supporters is to open educational institutions.

Gülen community, today’s Fethullah Terror Organization (FETÖ) which is the prime-suspect of failed July 15 coup in 2016 led by the US-based Islamic preacher Fethullah Gülen, had also gained many supporters by establishing high schools, universities and private teaching institutions, and then placed them into the bureaucratic institutions of the state apparatus.

According to the Ministry of National Education data, there are 10 thousand 53 private education institutions in Turkey. Balcı’s report shows that one-third of these private schools have strong ties to religious sects or cults.

In 2014, the AKP government made a law amendment and started providing educational support to students in private schools.

The law amendment enacted that the number of students, who will receive educational support between 2,500-3,000 TL [$448-$538] each year, would be determined by the Ministry of National Education. The number of students to be supported within the first year of the law amendment had been determined as 250 thousand. According to Balcı’s report, the Turkish government paid 898 million 800 thousand TL [$161,251] for students studying at private educational institutions belonging to Islamic sects and cults.

‘2,480 OF PRIVATE DORMITORIES ARE LINKED WITH ISLAMIC SECTS’

As there are over 4000 private dormitories in Turkey, 2 thousand 480 of them are linked with Islamic sects and cults, according to the report.

The other major religious sects such as Süleymancılar, Işıkçılar, and Nur community are the Islamic organizations that separated from the Naqshbandis and have become congregations.

According to theologians, religious congregations are the structures emerged in modern times, while the cults necessarily base their origins upon the Prophet Muhammad.

Aydın Tonga, an author carrying out research activities on Islamic history, says that "sect" means the way to reach God. Therefore, he notes, there is a chain of certain principles that must be followed by religious sects and cults. One of the best known of these principles is to isolate himself/herself from the material wealth of this world and to fulfill all the orders and prohibitions of religion.

Yet, it is not possible to witness this "isolation from the material wealth" in Islamic sects and cults in today’s Turkey. Especially the Erenköy community, known as "the Order of the Rich", Süleymancılar, the Menzil sect, and many others have relations based on business and mutual interests.

These religious sects and cults own big corporations, hospitals, and private schools.

According to experts and the former followers, the most important source of income for the sects and cults are the enterprises and donations. Some sects and congregations offer job opportunities to their followers, and receive a share of their earnings, while some of them periodically collect donations from their followers. However, it is known that most of the religious sects and cults started their own businesses and used the income generated from these businesses as a financial source.

"ISLAMIC SECTS DO NOT FEEL THE NEED TO CONCEAL THEMSELVES"

Barış Terkoğlu, an investigative journalist carrying out researches on religious sects and cults in Turkey and their connections with the AKP government, describes the Menzil community as one of the largest mass religious sects in the country.

Terkoğlu, who is also one of the founding members of the Enlightenment Movement against Reaction, tells that the followers of the Menzil sect have the power to exist in bureaucratic institutions of the state apparatus without concealing themselves. The members of the Menzil sect are specially organized within the Ministry of Health, General Commandership of Gendarmerie, and the law enforcement agency after the liquidation of the Gülen community following the July 15 coup attempt in 2016.

The İskenderpasha religious sect is organized within higher judicial bodies of the country, Terkoğlu also underlines.

The Enlightenment Movement against Reaction is left-wing progressive organization against the ruling AKP’s intensified sharia-oriented attempts in Turkey, calling for struggle against Islamic impositions, the existence of religious cults and congregations.

Religious sects and cults in Turkey are commonly organized in two different ways. The first method is the educational institutions they own. And the second is being places where people in difficulties or getting involved in crime fall back on.

The ruling AKP attempts to promote the certain pro-government religious sects in bureaucratic institutions of the state especially after the purge of the Gülen community from the official institutional positions due to the coup attempt on July 15, 2016. Many reports, like the report prepared by Professor Esergül Balcı, shows that the Turkish government gradually replaces the state institutions with various Islamic sects and cults ─ including the Menzil movement ─ by promoting them politically and financially after the liquidation of its former collaborator, the Gülen movement.