Hungarian Workers' Party: We can give a strong impulse to our fight for a new Europe

"We do not have illusions. It is almost impossible to reach 5% of the votes which is necessary to get in the EP. But we can give a strong impulse to our fight for a new Europe" says the Hungarian Workers' Party, which achieved the right to present candidates for the European Parliament elections 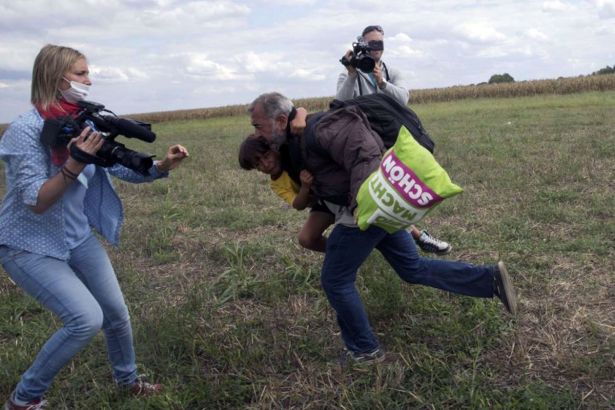 Europe is preparing for elections. In EU member countries, ballot boxes will be established for European Parliament elections. soL news made an interview with the Hungarian Workers' Party representatives, providing important information about the political situation in Europe and Hungary during the pre-election period.

The conservative Orban government in power has attracted attention with its harsh policies on immigrants, which has deepened the contradictions within the Union in recent years.

One of the communist parties to participate in the European Parliament elections is the Hungarian Workers' Party. The party has been struggling for decades in Hungary, where the Communist title for parties was banned after the dissolution of socialism, emphasizes the importance of following a consistent line by the workers.

Recently Hungarian Workers Party has completed a successful campaign and achieved significant support from the Hungarian people so that your Party achieved the right to present candidates for the European Parliament elections. What do you like to tell us about that process?

We needed to collect 20 thousand signatures in two weeks. Finally, we could collect 26 thousand. This first success reflects three things. First, our decision to strengthen the organisational potential of the party was correct. Second, a lot of comrades did enormous, sometimes heroic work. Three, the attitude of the people towards the HWP is changing in a positive direction. They appreciate our consequent fight for working people.

The European parliamentary elections will be held in a couple of weeks, how do you see the political agenda for the European people? Specifically, how would the inclinations of Eastern European people be, given the German-French centered structure of EU?

The Eastern European people, including the Hungarians are concerned about a lot of things. We have spent already 15 years in the EU but the standard of living in these countries has not come nearer to the German or Austrian standard of living. The prices are almost like in the West, but the salaries do not rise as quickly as we want.

People are afraid that our countries can lose fully their national sovereignty in a German-French centred EU. The EU interferes in the internal affairs of our countries regularly.

People are concerned also because of the militarisation of the EU and the aggressive actions of the EU against Russia. More and more US and NATO soldiers are sent to the Eastern borders. It smells like war.

The EU does not serve the interests of the working people and they cannot express their interests in the EP. People begin to realise it and they demand changes. The EU cannot be changed by reforms.

What will be the path for the Hungarian Workers Party in the EP elections?

Let’s see some of our main slogans!  Europe should belong to us! Instead of sanctions and war, we want peace and cooperation with Russia. Instead of the European united states we want the democratic cooperation of European people. We are against the migration policy of the EU, too.

We do not have illusions. It is almost impossible to reach 5% of the votes which is necessary to get in the EP. But we can give a strong impulse to our fight for a new Europe.

Last time during your visit to Turkey, you mentioned that the conservative party that is now the ruling party in Hungary has deceived people with slogans that are similar to yours during last year's parliamentary elections. Now Fidesz is seen again as highly likely to have a big proportion of the votes. What do you think about this? How will people react this time?

Fidesz continues using the same instruments. One on hand, they introduce a lot of new social measures, including a seven-point family protection action plan. For example, every woman under the age of forty who marries for the first time will be eligible for a preferential loan of 10 million forints to start their new lives. The government will provide a non-repayable grant of 2.5 million forints for families raising minimum three children for the purchase of new cars with at least seven seats. We know that finally, people will pay for everything, but we must not underestimate the effects of such popular measures.

On the other hand, Fidesz underlines that people should vote for Fidesz if they want to avoid illegal migration.

According to different public opinion polls, 36-40% of the voters will participate in the elections and Fidesz will win with convincing majority.

Recently, there was a break-up within the EPP group, which is the largest group in the EP by number, as Orban's Fidesz was suspended. Orban is now developing close relationships with Italy's Lega Party. How do you think will these changes in right-wing politics affect the general political atmosphere in Europe?

Europe is in crisis and the capital is looking for new political combinations to manage the crisis.  They want to avoid the strengthening of communist and other anticapitalistic forces.  They understand that the communist platform of managing the crisis is not a utopia. They are afraid of it.

The social democracy and the liberals have lost the living contact with people. Their policy of “migrants welcome” added fuel to the fire. The greens are occupied with details and do not feel the whole problem.

The conservative forces have a clear position: to use state monopolistic methods in economy, to cheer up nationalist and religious feeling. Some of these conservative forces think that they can get additional force by integrating the right forces. This model is functioning already in Austria. The conservative ÖVP headed by Kurz leads the country in coalition with Strache’s FPÖ.

These developments oblige the communist and workers’ parties of Europe to show a strong and convincing left program of saving people from the devastating consequences of capitalist crisis and building up a new Europe.