Hundreds hospitalized in Turkey due to spinach poisoning 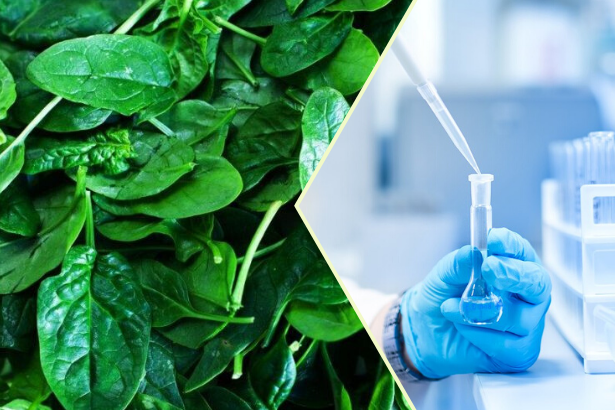 Nearly two hundred people were hospitalized in early November in İstanbul and some nearby cities like Edirne, Kocaeli, and Tekirdağ because of food poisoning after consuming spinach.

As Koca said that 196 people applied to medical facilities across İstanbul and some other cities with symptoms of food poisoning, the provincial directorate of health in İstanbul made a statement. "108 people in total applied to our medical facilities as of November 4 due to some disorders resulting from the consumption of wild plants including atropine and scopolamine," the directorate noted.

As the directorate indicated to some clinical findings such as blurred vision, dry skin, tachycardia, constipation, and hypertension in the poisoned patients, it said that none of the patients were under a life-threatening situation. According to the directorate, 28 people were still under medical observation.

Food Engineer Bülent Şık talked on the recent spinach-related poisoning cases. As Şık stated that some wild plants may lead to poisoning, blurred vision and hallucination, he asked, "How were these plants mixed with spinach?"

Şık underlined that the Health Ministry should declare the analytical reports regarding food poisoning for the benefit of public health and safety.

NO STATEMENT ON MARKETING PROCESS

As some allege that the spinach that led to poisoning in İstanbul came from the fields in Ankara's Beypazarı district, Mustafa Ateş, the head of the chamber of agriculture in Beypazarı, said, "We know from what fields the products came yet we don't know anything about the procession," adding that some wild plants might mix with spinach.

As Ateş was asked that the poisoning cases were also witnessed in Tekirdağ in addition to İstanbul, he said that the spinach farmed in Beypazarı was only sent to İstanbul. "Spinach's shelf life is around 3 to 5 days. Some might do something to increase the shelf life," he said.

Ateş noted that the wild plants mixed with spinach could not exceed five percent, indicating the possibility of a problem during the marketing process after the farming operation. As some obscure statements came from officials regarding the poisoning cases, it is still a question mark whether there is any legal action about the marketing process.